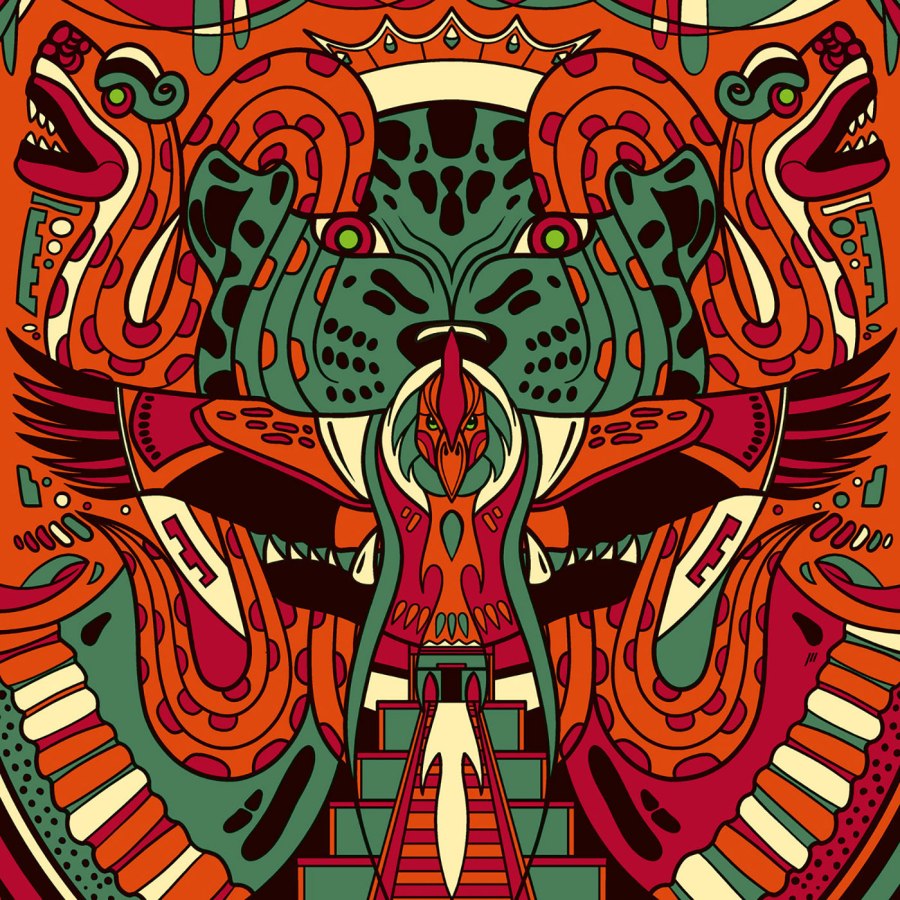 Junglelyd is a Danish electronic quintet heavily inspired by some unique genres that shaped modern Latino music for quite a while. Firstly, this very distinctive group has started as a solo outlet of Kenneth Rasmussen, Danish DJ (also a member of Mantra Soundsystem), who aimed to interpret contemporary outlook of southern American electronic music. With the immense help of Lasse Aagaard, Olaf Brinch, Asbjørn Helboe, and Lasse Enøe, Junglelyd has become more of a full-time band that solely explores southern American themed music. The group has released two 12” extended plays during 2017 that gathered positive critics of the eminent music scene, and both Paracaidas and Dia De Muertos are equally good representations of what Junglelyd as a band try to achieve. Recently, this unique group has recorded their debut self-titled full-length album published by Sounds Of Subterrania like their previous recordings. Junglelyd delivers eleven relaxing compositions that deeply examine the aesthetics of ethno, tribal, and jungle sounds of southern America. The list of examined elements is simply mindblowing. Junglelyd has properly done its homework during composing, producing, and recording process. The group embraces a wide array of euphonic indigenous sounds of South America, which has been deeply drenched into the foundations of electro dub, reggaeton and reggae music. These foundations have been invaded by the enormous servings of chiptune keys, electronic harmonizations, and crunchy synth chords. Nothing would sound so compact without the massive support of the brilliant brass section, organic guitar sequences, calmy basslines, and various atmospheres implementations. The number of incorporated samples, tones, and effects goes beyond comprehension. These particular implementations are providing a glimpse into contemporary sounds of Cumbria, traditional Colombian music that spread wide across Latin America and heavily inspired Junglelyd to carry the torch of this spectacular genre through Europe. Layers of dub and reggaeton rhythms thoroughly dictate the tempo of these compositions, but each number acts as a separate story in this comprehensive collection of thoughtfully arranged orchestrations. The entire album provides relaxing summer tunes enriched by the subtle complexity, mainly showcased through clever polyphonic melodies, marvelous musicianship, and enormous servings of brilliant ideas. This astounding recording has been published as a 12” LP by Sounds of Subterrania, a record label from Germany that carries an impressive amount of very creative artists.