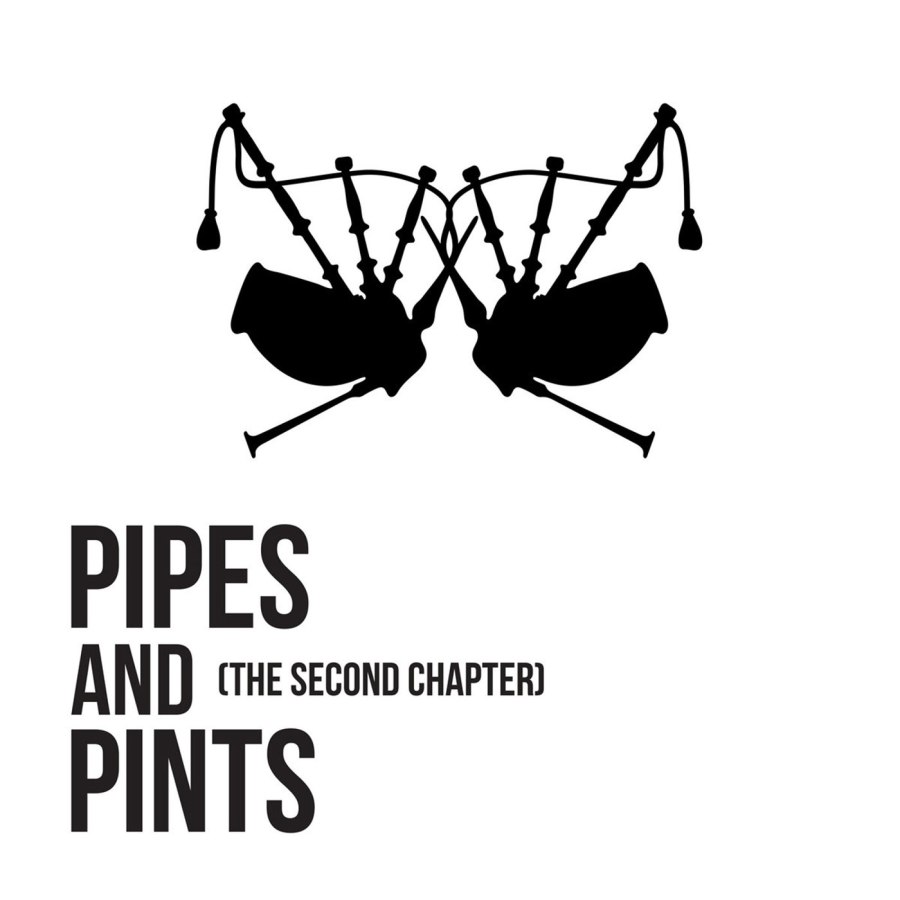 Pipes And Pints are widely known Irish folk-punk group comprised of bandmembers located in the Czech Republic and Ireland. The band has been founded in 2006, and Prague has been their hometown since day one. I was lucky enough to review their debut Punkrock With Highland Pipes EP back in 2008, so I am already familiar with what these guys are capable of. They showcased certain qualities back then, so today, twelve years later, the band sounds better than ever. Pipes And Pints have matured as a group and grown out into the unstoppable touring machine with an impressive back catalog to brag about. Besides Punkrock With Highland Pipes, the group has also released a debut full length Until We Die LP for Wolverine Records, Found & Lost LP for People Like You Records / Supraphon Records, and self-released Singles Collection. The Second Chapter is their third full-length record that has been published last year by Flyhigh Booking. The entire band does a proper homage to the music they dearly love with all their hearts, but this time with even more effort involved than ever before. Pipes And Pints are going to the depths of genres such as Irish folk, country, rockabilly, rock’n’roll, and punk rock. These elements have been merged all together to satisfy their inner cravings, fulfill the desire to perform this distinctive blend of music, but to be fair enough, Pipes And Pints are doing this like pros. The first thing you’ll notice is the beautiful chants that go right in the middle between soulful country singing and rockabilly intoning technic. The main vocalist serves as the powerful catalyst that transmits the sheer dynamics of the complete group. Scottish bagpipes are floating above the rest of the ensemble with dominant layers of interesting Irish melodies, assembled according to the guitar chord progressions. Guitars are firing a wide range of tremendous rockabilly, rock’n’roll, and punk rock shreddings. These energetic shreddings have been empowered by various chords and scales that structurally fit the aesthetics of the group. The immense orchestrations have been saturated by notable warm sounding basslines, accompanied by a magnificent drumming performance. Each composition has been carefully produced and arranged to portray great sonic imagery of The Second Chapter. Pipes And Pints have invested blood and sweat in this material, resulting in this comprehensive collection of Irish punk anthems. Unlike the music, The Second Chapter comes with a simplified gatefold cover. The cover has been enhanced by the band photos, and the inlay lyric sheet includes chords for all the compositions. This magnificent record has been published by Flyhigh Booking on vinyl, but it is available on compact disc as well. Definitely check out this magnificent album if you admire Irish folk music.