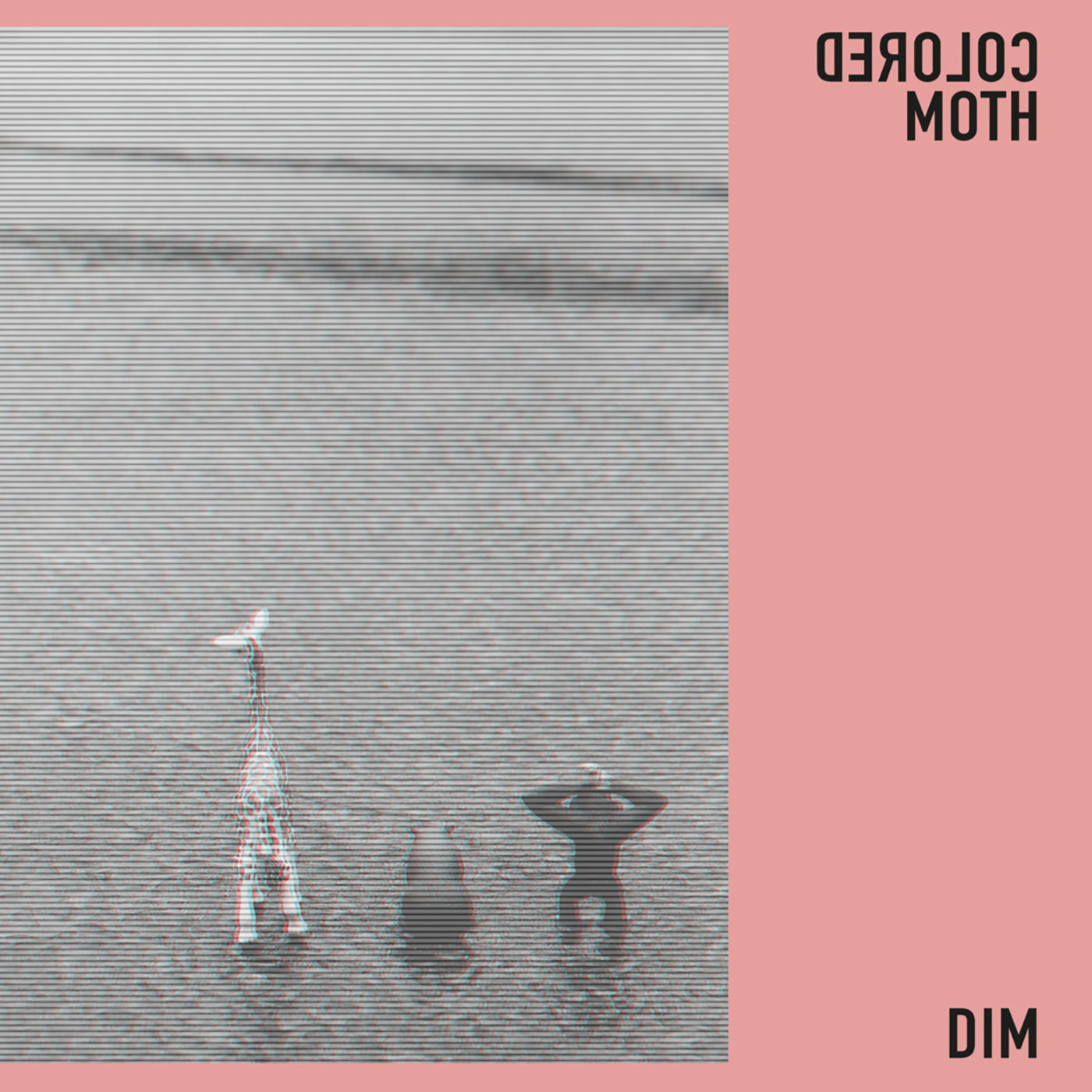 Colored Moth is a compelling progressive noise rock/post-hardcore trio emanating out of Berlin, Germany. The band operates as a skillful prog machine since 2013, and so far they’ve published a couple of records such as Ever Dared To Dream Before 12” EP in 2015. and Fragmenting Tensions 12” LP in 2016. Dim is their latest full-length record composed of thirteen sumptuous progressive noise rock compositions that have been saturated with a lot of post-hardcore elements, screamo aesthetics, and punk ethics. The band covers diverse subjects, both circumstantial and historical, questions historical events, civilizational progress, criticizes exploitation of digitalization with a desire to manipulate the masses, criticizes the usage of The Social Darwinism Program and suggests how this particular experiment could be dangerous. Besides these themes and concerns, Colored Moth also scrutinizes organized religion and how religion can be utilized as a powerful tool to manipulate masses, indicates cautions about artificial intelligence developments, and examines the comprehension of contemporary civilization. The lyrics are illustrating grimy imagery which can be only seen in the books written by Aldous Huxley, Anthony Burgess, George Orwell, and Philip K. Dick, but to be fair, that is what actually our reality looks like nowadays. The music vividly promotes criticism through a perfect balance between technically demanding segments, sheer aggression, and complex melodies. Colored Moth embraces abrasive elements of noise rock, post-hardcore melodies & rhythmics, then layer them with generous portions of math progressions and screamo vocals which are constantly presented as a raging catalyst. The band bursts enormous portions of various chromatic scenarios, massive bass sequences, and wondrous drumming segments that are playing such a big role in the sound of Colored Moth. The entire trio articulates as a singular living organism, encapsulates various chaotic movements, organizes them in thoughtfully designed melodic schematics which have been pervaded with loads of uncompromising dynamics and bursts them out with generous servings of ferociousness. Colored Moth is doing even more experimentations with their sound as the album progresses and it seems their music is becoming even more psychedelic as the album comes to the closure. One thing is for sure, Colored Moth is aiming high with Dim. They’re giving all the blood, sweat and tears throughout the entire album, resulting in thirteen perfectly executed compositions that will certainly amaze you with various progressions and thoughtful lyrics. Dim has been published on a standard black vinyl by Wolves And Vibrancy Records, a record label based in Mannheim, Germany, so I highly encourage you to check their impressive roster as well.