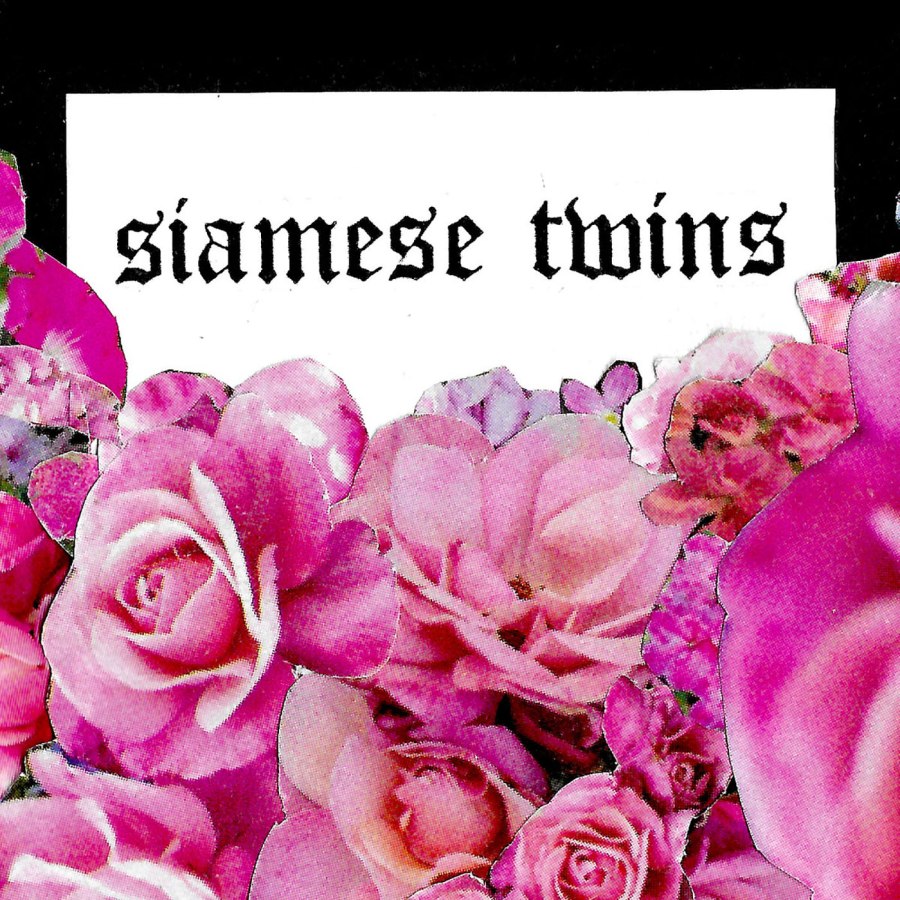 Siamese Twins are dream-pop quintet originating from Boston, Massachusets and Listless / Second Skin is their latest extended play that is, as far as I know, published on the cassette by the band itself. Perhaps their name has been obtained from The Cure’s remarkable number that has been published back in 1983, but Siamese Twins only have a couple of similarities with the older colleagues. Siamese Twins have molded dream-pop music with cold-wave, goth, twee, indie rock, and both compositions conduct some sort of psychedelic feel along the way. Sacral choirs are introducing the wondrous world of Siamese Twins and the influences of dream-pop music are especially notable at the Listless, a magnificent opening composition. This particular track has been entirely pervaded with choirs, mainly presented at the background of the dominantly melancholic refrains. Listless sounds pleasant throughout the entire composition. The synths are giving special vibe with all these polyphonic segments while guitars are layered with subtle doses of the chorus, delay, reverb effects. Chunky, slightly distorted basslines are perfectly paired with simplistic, but yet effective drumming. Second Skin is coming up next, and this astonishing composition nails a bit darker, but a still dreamy atmosphere. Perhaps this track comes nearly to the sound of the cold wave music of the eighties, it’s been more than obvious these girls were heavily inspired by the bands such as The Cure, Siouxie And The Banshees, Echo And The Bunnymen, and Joy Division. The band retains its sound throughout the entire composition. The arrangements on this one are leaning towards the sound of the eighties, the melodies and the entire atmosphere are simply beyond comprehension. Synths are dominantly exposed over again, but they’re not spoiling the sound of the other showcased instruments. Siamese Twins simply nailed it with this cassette EP, both compositions are carrying some sort of genuine ambiance, and this particular material will suit to all the lovers of dream pop, goth rock, cold wave, and indie music.