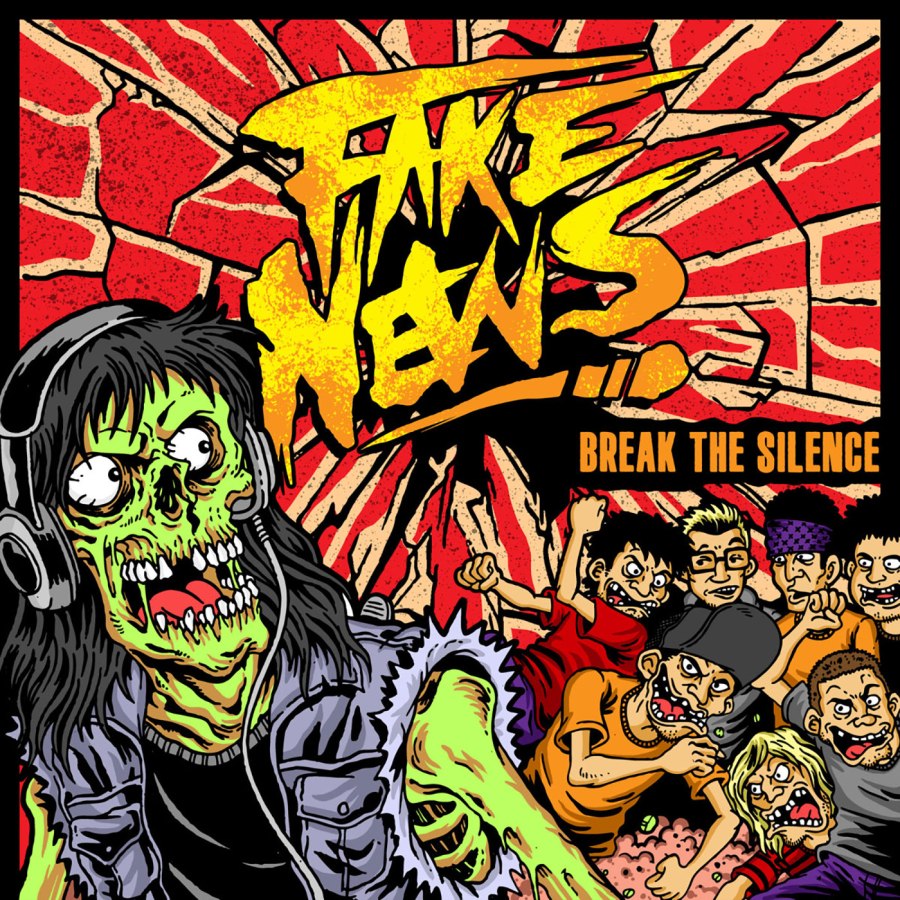 Fake News are returning with the highly anticipated recording called Break The Silence. Unlike their previous album sympathetically called Ewwww!, the band has chosen to offer extended play material comprised of four enormously dynamic compositions. Break The Silence commences with a very energetic tune named In The Grind Pit that bursts magnificent shreddings from all the possible directions. Their charming mixture of fast-paced skate punk, the aggressiveness of hardcore punk music, subtle but sufficient doses of metal and rock’n’roll elements are well combined into one unifying symphony. In The Grind Pit is more than a brilliant overture, especially if you’re a newbie to the sound of Fake News. Defeating Demons is coming up next, and this pounding tune produces such an anthemic feel, mainly notable at wondrous refrains. The band showcases their composing abilities through this number and this particular song has been pervaded with magnificent singalong sequences. Soundwave Injection is a proper continuation through the vast space of ideas that are undoubtfully brilliantly utilized by the entire band. Fake News operate like a machine by all means necessary, the firmness of their sound and neat arrangements are thoughtfully combined till perfection. Soundwave Injection indicates closure of Break The Silence and these gentle melodies are giving a lot of room for what is about to come up next. The band has decided to let it all out through a fast, bone-crushing tune called Buried Alive. This is a pure hardcore punk track, packed with brilliant shreddings, ripping tempo, and powerful screaming vocals that are letting all the bitterness out. Fake News really nailed with this one and I couldn’t imagine a better closure that encompasses the entire specter of their sound instead of this wondrous number. Break The Silence comes with colorful imagery, the artwork entirely displays the sound of Fake News, so you’ll exactly know what to expect as soon as you stumble upon skeleton thrasher accompanied by the angry mob at the background. Break The Silence is currently available at all streaming services, but I truly hope this material will get a well-deserved vinyl treatment as soon as possible.