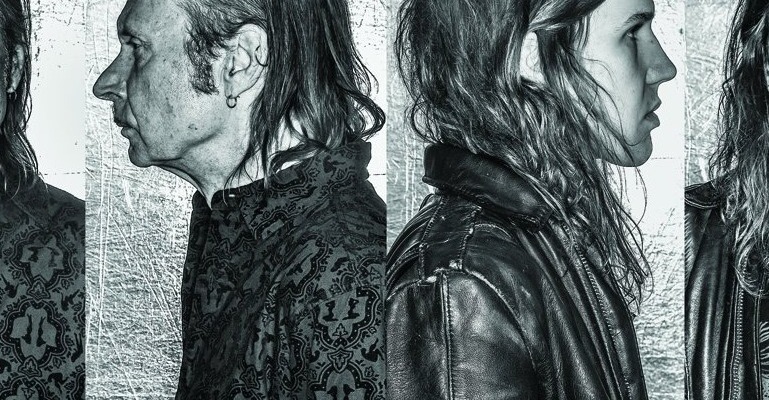 We covered a couple of Night Slaves records a while ago. Therefore, you might be familiar with this industrial/synth-pop duo based in Buffalo, New York. Whoever touched the base of their sound, acknowledges these creative individuals are profoundly into goth aesthetics and dark ambient atmosphere. However, dominant synth-pop sequences, industrial noises, and theatric vocals are their main weaponry, embraced by the veil of DIY ethics. Today, we are talking about their debut extended play recording, comprised of six dark and depressive synth-pop numbers, loaded with some incredible samples and sound effects.

One fact blows my mind when it comes to Night Slaves. These guys are evolving with every new recording, shaping up their sound in an almost entirely new direction, transforming existing aesthetics to accommodate to a new art form, and switching genres with such ease. The group goes back and forth through familiar dark landscapes, examines what needs to be changed, and pushes some new sonic frontiers. This particular recording resembles a mixture of Depeche Mode and Bauhaus, mainly because of the strong presence of similar synth maneuvers and intense moments. These elements of darkwave and goth rock sound suit them well, so it seems Night Slaves are feeling comfortable in these waters.

Theatrical vocal manipulations are resembling the acrobatics provided by the greats such as Peter Murphy or Trent Reznor, and these chants are almost entirely responsible for the macabre, goth atmosphere on this record. Synth maneuvers include some acid beats, saturated with fuzzy synth basslines. The remaining instrumentations include darkened melodies, performed over keyboards. These orchestrations are evoking the old school horror ambiance, and all the themes are marvelously structured to fit these aesthetics. David has done an incredible job on this material.

The pro-dubbed cassette comes housed inside a Chinese takeaway food box. The box also includes an unfortunate cookie, patch, a sticker, and a pin. This cassette is limited to 100 copies and already sold out, but check out the Discogs marketplace, maybe some tapes will pop up over there. The material is available digitally for free at Night Slaves Bandcamp, so do not hesitate to check it out.

One thought on “Night Slaves – I CS (Swimming Faith Records)”