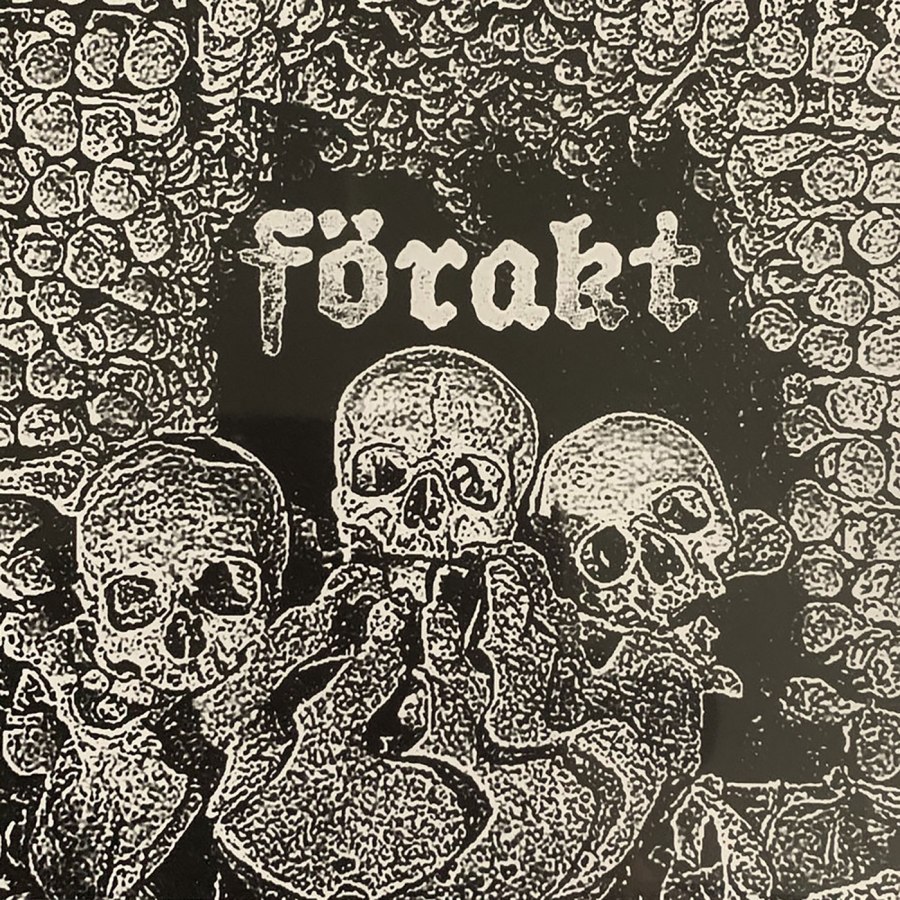 This year could easily be one of the fruitful years for a d-beat / crust punk scene. Piles of good bands literally pop up on a daily basis, and the vast majority sounds amazing regarding these particular genres can sometimes be monotone and repetitious. The blackened crust is one of the most popular mutations of the mentioned genres, which spawned loads of great records in recent years. The brand new self-titled album by Australian blackened crust machinery Fôrakt is one of the latest highlights within the genre. Fôrakt includes members of Deadstare, Straight To A Tomb, Stockholm Syndrome, Ether Rag, and other bands who have been operating for a while. It’s more than clear that the band flirts with black metal aesthetics, layered with dominant foundations of crust punk / d-beat sound, but there’s even more than meets the eye. Fôrakt leans towards recognizable Swedish / Finnish blackened neo-crust sound, but the entire group saturates these aesthetics with gracious dosages of melodic death and sludge metal. The band bursts with immense dynamics since commencing and keeps the same intensity throughout the album to the imminent closure. Their music is very delicate, mainly because of the profoundly detailed arrangements. Therefore, the recordings may appear hard to chew in one sitting, because of the sheer amount of ideas involved throughout the complete album. However, that only forces you to spin the record once again, which I highly recommend in any case. Melancholic and depressive harmonizations empower the blackened screamo chants, while the rhythm guitar saturates these instrumentations with ferocious riffages somewhere in the background. Both guitars burst with evilness through occasional black metal scales that most likely lead into depressive sludgy doom segments. Slightly distorted basslines provide another sub-layer of chaotic ambiance to the overall listening experience, while the perfect drumming maneuvers oils the unstoppable d-beat machinery. Fôrakt operates as a singular living organism throughout the entire recording, and its music unquestionably resembles the sound of Iskra, Skitsystem, Martyrdöd, Unkind, Agnosy, plus many others who combined depressive melodic structures of black metal with raging dynamics of crust punk. Fôrakt undoubtfully showcased their exceptional musicianship through ten mindblowing compositions that will suit the fans of the specific subgenre. The album comes with xerox printed cover artwork housed in a clear DVD case, but this material deserves a proper vinyl treatment, in my honest opinion. These recordings were published by Innercity Uprising Records, a longstanding Australian recording label specialized in similar genres.