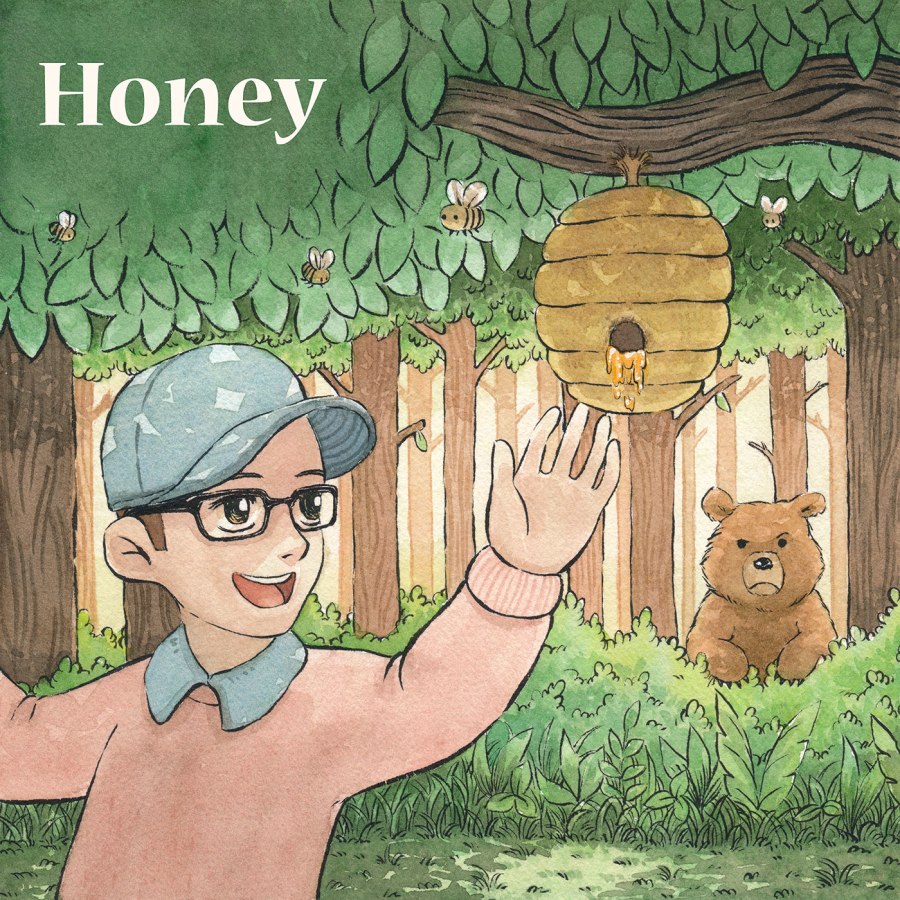 JAX is a highly skilled hip hop artist hailing from Lunenburg, Nova Scotia. His endeavors have started with brilliant singles such as Weekend and Know You, both published sometime in 2017. Two years later, JAX delivers his debut full-length album simplistically called Honey, but behind the minimalist approach in naming the recordings, hides a true potential in form of catchy hip hop numbers cleverly pervaded with fundamental elements of indie, alternative, funk, emo, rock, plus bits and pieces of other influences picked along the way. What really blows my mind is a huge variety of used keys, basslines, beats, and it seems that JAX thought about every single aspect of his debut album. Besides excellent rapping skills, witty lyrics and charismatic approach to hip hop music, JAX somehow manages to sound both retrospective and introspective at the same time, mainly because of his abilities to transform his form of expression in a matter of seconds. These changes are notable throughout the entire album, his abilities are even spanning within the hip hop genre, so you’ll probably notice shifts from old school hip hop, to 90s rap, trap, RNB or even subtle shifts to mumble rap. No matter if you’re fan of this kind of artistic expression or not, you’ll definitely enjoy in compositions such as Catching Feelings, Gordan Ramsay, No Worries, Changed Up, Wait, Whassup, but the rest of the songs are also thoughtfully arranged, therefore you’ll probably chill with those tunes as well. Each number possesses some notable moments, so you will definitely have a hard time searching for negative aspects of JAX’s debut album. Honey comes with neat graphics that represents himself in the middle of the forest, picking honey while being watched by a ferocious bear. The artworks wondrously showcase the wittiness of JAX’s approach to hip hop and it’s such a nice addition to an already brilliant recording. Honey is available for purchase at all streaming services, so make sure to check this one out if you’re into some perfectly executed hip-hip music.