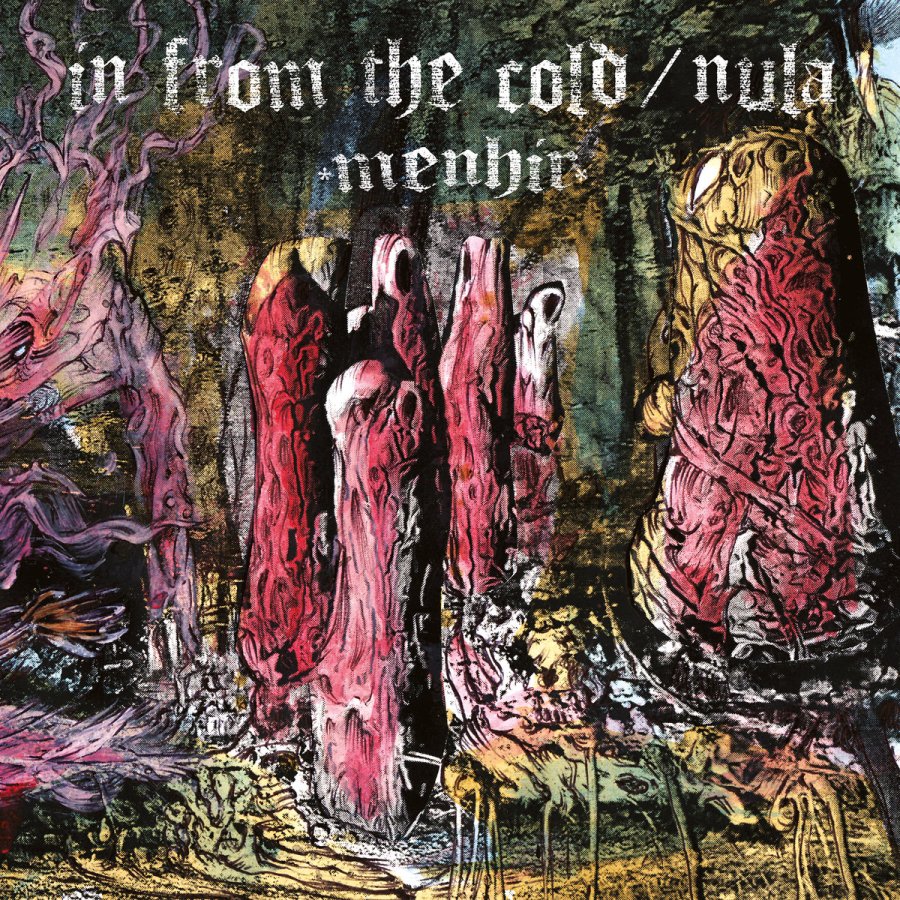 Today, we’re covering one of the greatest stoner/sludge split releases in the recent history of the local underground scene. Both bands are coming from Belgrade, Serbia and they’re familiar on the underground scene, so Menhir LP was a logical releasing project which has been supported by a couple of eminent record labels. What has been a certain characteristic for both bands is their approach to the aesthetics of stoner and sludge music with a dominant focus on the deliverance of a massive energetic sound which upholds almost monolithic or should I say, gigantic proportions. Both bands possess certain qualities that separate them from the rest of this particular scene, both bands are giving their best to retain at the peak with very creative ideas comprised of perfectly executed compositions full of great arrangements which can pair to even bigger names in the game. In From The Cold are opening this fantastic split release and they’ve decided to participate with three very nongeneric and nonsterile compositions which are squeezing everything in the radius with some heavy riffs, massive bass lines, and great drumming performances. Their music can be characterized as a slow-motion exploration to the darkest depths, full of brilliant melodies and a very tight rhythm section that carries a lot of power. Nula is also present with three very interesting compositions full of surprising moments that collide with some epic guitar melodies and various monolithic maneuvers of a brilliant rhythm section. The band sticks to the proven formula and leaves all the massiveness in the hands of the aforementioned rhythm section while guitars are more focused on various dualities, occasionally performed with big portions of doom metal moments.  Both bands possess some quality vocalists who are giving their best to maintain all the power presented by their bands and I simply dig their initiative to keep all the lyrics on the native language. This special move keeps their music fresh and kinda unique from the rest of the stoner/sludge/doom scene. Both bands gave their best to upkeep the sheer energy of all the musical genres they greatly represent with their portions of this split album, so I advise you to grab this piece of plastic if you’re into these particular music waters. Menhir LP has been published in cooperation between three labels, such as Geenger Records, Ammonite Records, and Grom Records, so it’s available in both standard black and splatter vinyl, or you can listen to this phenomenal split album digitally on all streaming services.