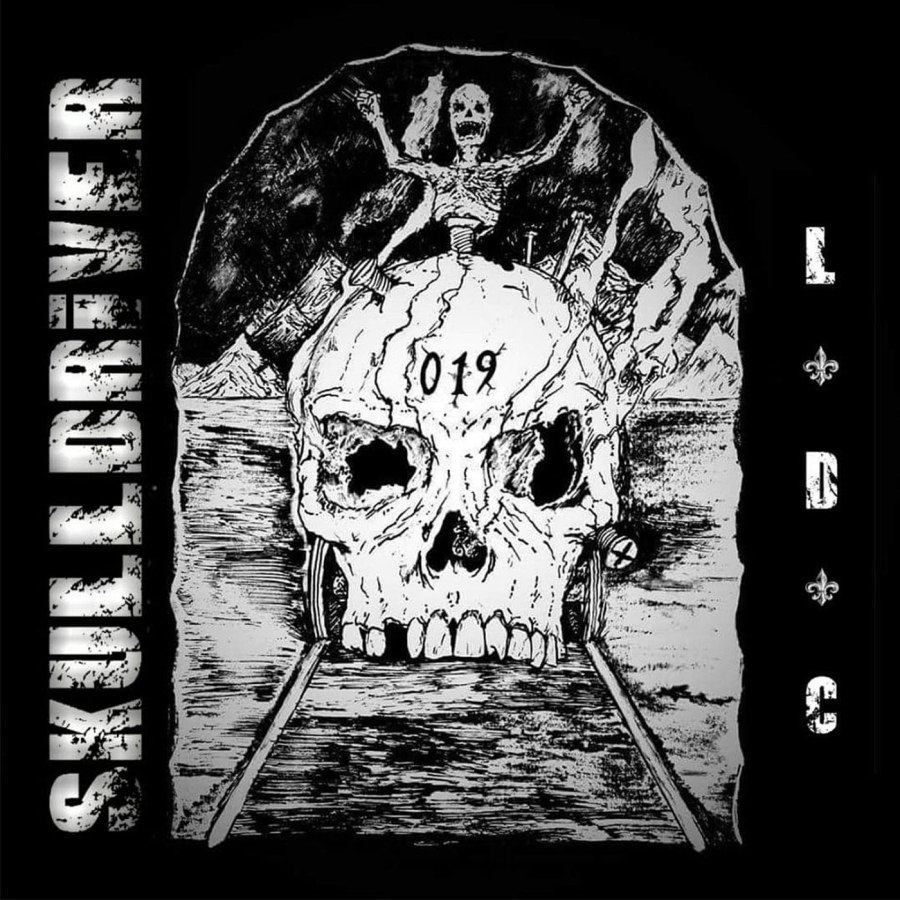 L.D.C. EP is a brand new material by Skulldriver, great groove metal band from Lovisa, Finland and Elitbolaget make sure to publish it as a limited edition CD, so this skull-crushing material will be even sweeter for fans of bands such as Pantera, Gurd, Slipknot, Lamb Of God, Meshuggah, Korn and the rest of the 90s school of modern metal. Skulldriver paid all the attention at the sound, their riffs are firm, played with a lot of precision, the drummer is a beast which holds this band together in one compact slab of a dirty sounding wall of noise. Unlike a lot of modern metal bands, Skulldriver sound is much more based around thrash metal riffs, but the presence of sludgy guitars mixed with some stoner is giving them that unique sound characteristic for the 90s. Despite the fact L.D.C. EP lasts fifteen minutes only, the band is giving their best efforts to pack all the ideas during the recording process, so the tunes are not boring at all, they’re rich with a full spectre of various riffs and melodies which are composed to sound raw, angry and aggressive. Vocally, Skulldriver is close to Pantera or Chimaira, but the singer is giving his best and the vocals are performed and recorded with a lot of sense till the band reached perfection. This EP is followed by a great hand-drawn monochrome artwork of a skeleton riding a giant skull on a railroad, while the mountains are filling the landscape at the background. It looks great, far away from those pro-done metal cover artworks which are boring to a lot of metal fans, so this is kinda refreshment on an already stagnant scene. So, if you’re into some thrashy groove metal with a lot of influences taken from genres such as sludge, stoner or southern rock, give it a try. As I said, L.D.C. EP is available digitally or as limited edition CD, both available at Elitbolaget bandcamp, so head over and spend a couple of euros and treat your ears properly.