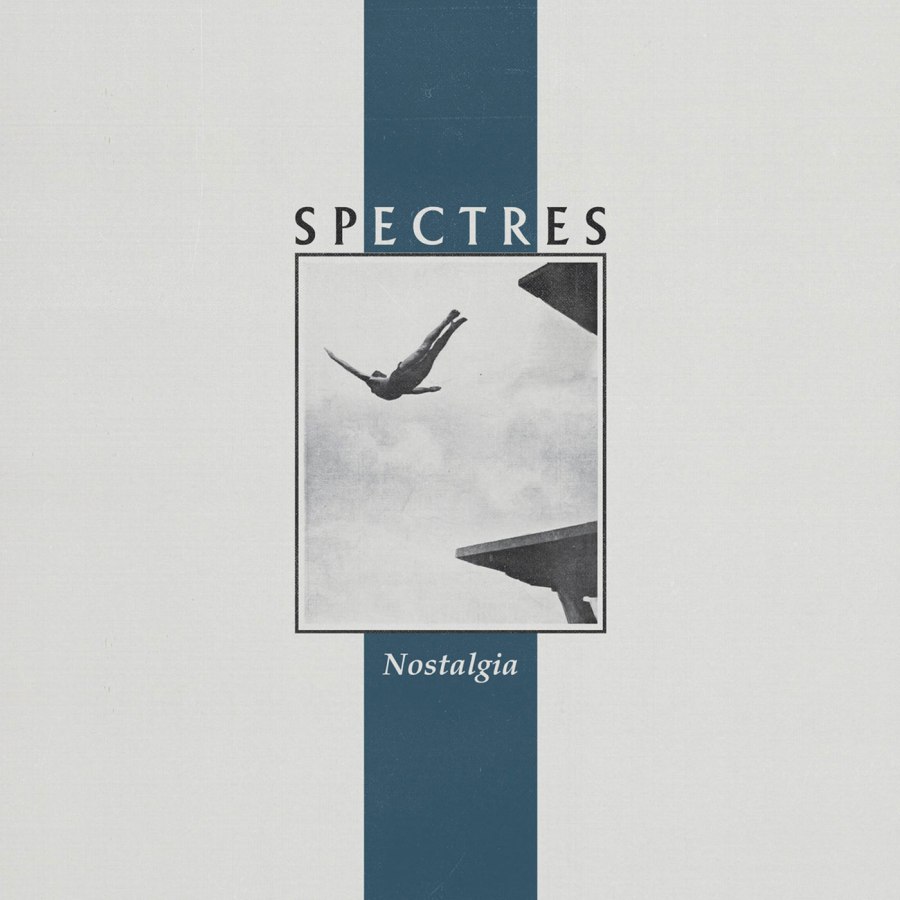 Spectres are a deathrock band from Vancouver, British Columbia that’s been formed in 2004 by lead vocalist and founder Brian Gustavson. The band has been pretty much active since its formation. They’ve recorded dozen of quality singles such as Cold War 7”, Visions Of A New World 7” and a split record with Arctic Flowers. These singles have been followed by loads of magnificent full-length records such as Last Days, Nothing To Nowhere, and Utopia. The band has also published Provincial Wake 7” last year, announcing their latest record simplistically named Nostalgia. What really drew my attention to these distinctively skillful musicians is their ability to shapeshift different elements of melancholic music. The basis remains the same, Spectres are solely relying upon their pure love for deathrock, but there’s a lot more than meets the eye. Somehow these experienced musicians have embraced the best ingredients taken from goth, coldwave, post-punk, peace punk scene and merged them all together until they were satisfied with the results. The presence of the eighties feel, and anarcho-punk ethics are definitely contributing to certain aesthetics that cannot be observed in so many contemporaries. Nostalgia serves cold and bleak deathrock compositions that have been saturated with the eighties goth rock atmosphere. The main emphasis is on the dueling melancholic guitar harmonizations, which has been diffused by beautiful rumbling basslines. These melodies have been drenched in subtle doses of the studio reverb effect, served as another layer that goes hand in hand with melancholic ambiance. The bass guitar sound retains the exact chunky clean sound throughout the entire recording, and it operates as a foundation for magnificent guitar orchestrations. Excellent drumming performance shreds the dark atmosphere with dominant dynamics, and these rhythmical segments have been thought out till perfection. The vocals are enhancing the musicianship of the complete group with vigorous chants, perfectly pitched on the choruses to liberate even more dynamics. Nostalgia is unquestionably thoughtfully arranged deathrock album with a predominant goth rock feel that has been produced to vividly transmit the sound of the eighties post-punk scene. All the elements have been combined with such ease, so this magnificent material carries certain aesthetics suitable to amaze even the pickiest admirers of these genres. Nostalgia has been published on vinyl and compact disc. The vinyl comes in a semi-translucent variant, but the label has also offered a limited test press for a decent amount of cash. The compact disc comes in a classic jewel case. Nostalgia has been published by Artoffact Records, so check out their website and grab this amazing record.