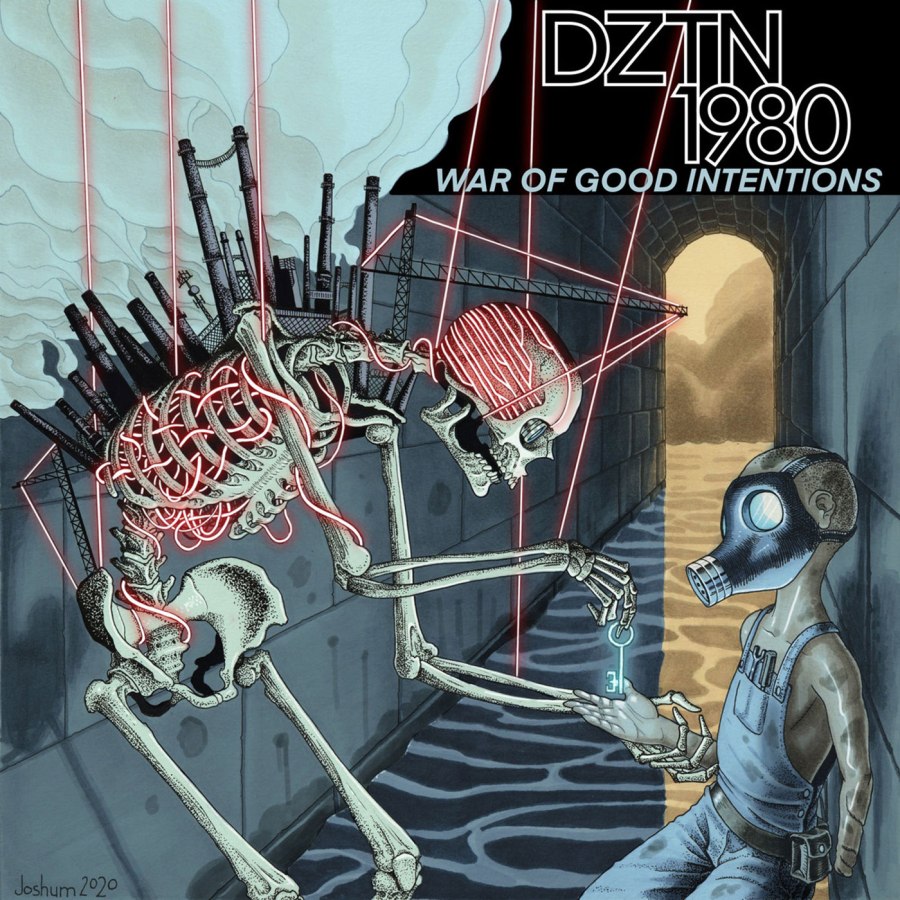 If you caught our previous review about a debut album called Outside The City, you’re fully aware that Dustin has decided to continue as a solo artist after the departure of Abolitionist, a political punk rock band based in Corvallis, Oregon. After ten years of constant rehearsing, recording, publishing and touring, the band members decided to move on to other musical directions, so Dustin has picked up his guitar and started DZTN 1980. The Outside The City has delivered another perspective on his songwriting and composing, but somehow the essence of his previous work has retained somewhere beneath the new approaches to sound. Unlike many others, he eventually decided to avoid the paved path of another repetitious acoustic artist and has replaced acoustics with distorted guitar, so Outside The Citz solely relies upon Dustin’s vocal abilities and gracious portions of distorted guitars. The album has gathered some positive critics, and it was a success in my book. A couple of months later, Dustin has treated us with a secondary offering to the wider audiences called War Of Good Intentions. DZTN 1980 threatens to become a conceptual project because Dustin has moved to more synthy post-punk sound on this one. This time he also decided to add some more dynamics by adding various rhythmical segments, mainly comprised of synthetic loops and pre-recorded acoustic drum sequences. I guess he played on a safe card this time since this combination of these obscure musical maneuvers has become quite popular in more recent years. Still, Dustin adds up more melancholic psychedelic keys to his recent works, which are adding even more eighties vibe to this pleasant sonic journey. Synth basslines are providing another layer of psychedelic atmosphere to the compositions, which are unquestionably thoughtfully arranged in only a matter of a couple months. Besides the predominant exploration of synth post-punk music, you may encounter crossovers to more goth rock sound that surely brings even more delightful moments on these recordings. Dustin thought about everything, from guitar harmonies, catchy basslines to psychedelic synths and atmospheric loops. Dustin’s recognizable vocal abilities highlight these compositions and saturate calmy tones with slightly aggressive aesthetics. DZTN 1980 incorporates his basic instincts, knowledge, and musical experience to produce some quality music that will definitely suit admirers of synthpop, post-punk, new wave, and goth rock. War Of Good Intentions is living proof that Dustin Herron is an unstoppable creative machine, and his abilities are far beyond reasoning, considering he assembled this material within a couple of months. The record has been mastered by Rob Bartleson at Haywire Studio, based in Portland, Oregon. This incredible material has been accompanied by meaningful artwork, which has been done by Josh Hardy. War Of Good Intentions is currently listenable on a DZTN 1980 Bandcamp page, but it will be also published as a limited cassette release by 1859 Records & Different Kitchen Records.