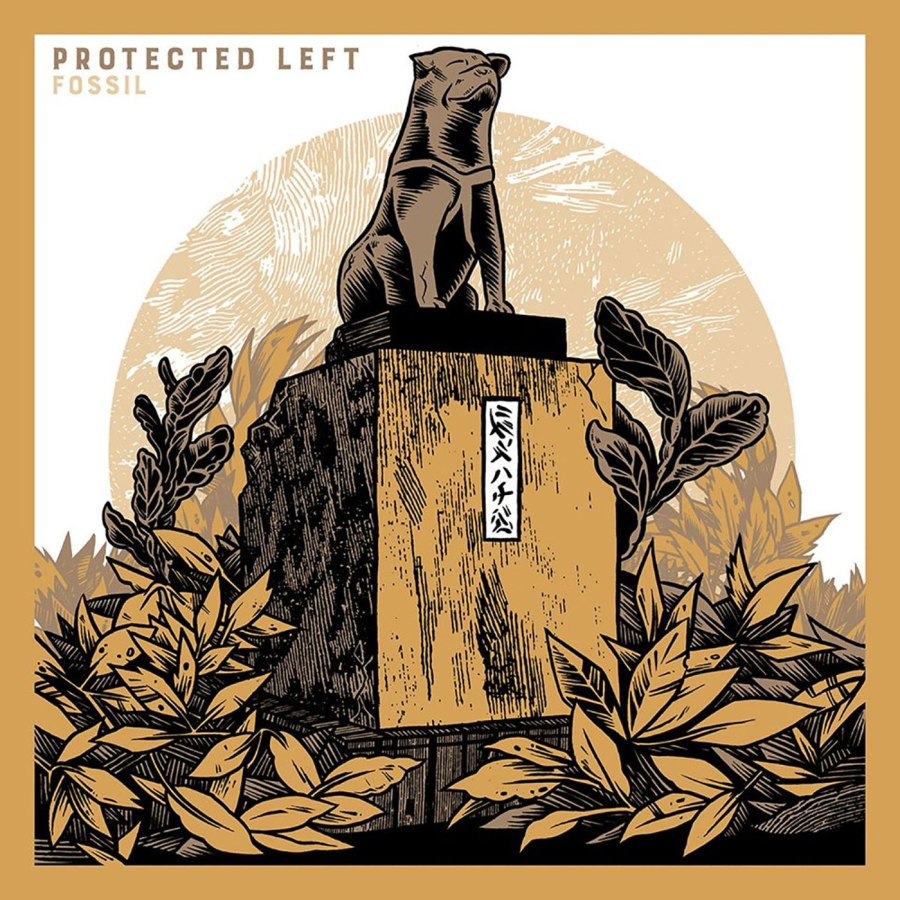 Protected Left is an extraordinary technical punk rock trio heavily inspired by metal music, but their compositions are still overwhelmingly melodic and comfortable to the ears. The band was established in Oakland, California in 2011. with a definite purpose to perform flawlessly executed melodic punk rock, full of interesting arrangements and killer dynamics. According to their Bandcamp page, Protected Left essentially focuses on digital singles releases, but the band has also recorded a full-length album called Posterity’s Sake and has appeared on a split release with The Shortlife. Fossil EP delivers gracious portions of numerous guitar technicalities, occasionally played with enormous control over the instruments. so these virtuous maneuvers are thoughtfully implemented in each composition. Besides powerful shreddings, Protected Left also possesses a great rhythm section which accommodates a sonic foundation to their sound, so actually, the essence of this incredible punk rock band lays profoundly in the massive basslines and impressive drumming. It appears that bands like A Wilhelm Scream, Propagandhi, Belvedere, Satanic Surfers and Mute made a big impression on their music, but also bands/acts like Megadeth, Metallica, Joe Satriani, Steve Vai, and Paul Gilbert have influenced these incredible musicians to incorporate elements of both punk rock and heavy metal into one ridiculously good melodic skate punk symphony. Tunes such as Never Know, The Swell, Old Life, Worst Part, and Reboot are like the building blocks and the Fossil EP acts as a giant building comprised of these building blocks that act as important parts individually and collectively. This amazing EP has been published by the band itself at their Bandcamp page and it’s available for a couple of bucks, so make sure to support the work of these brilliant musicians.