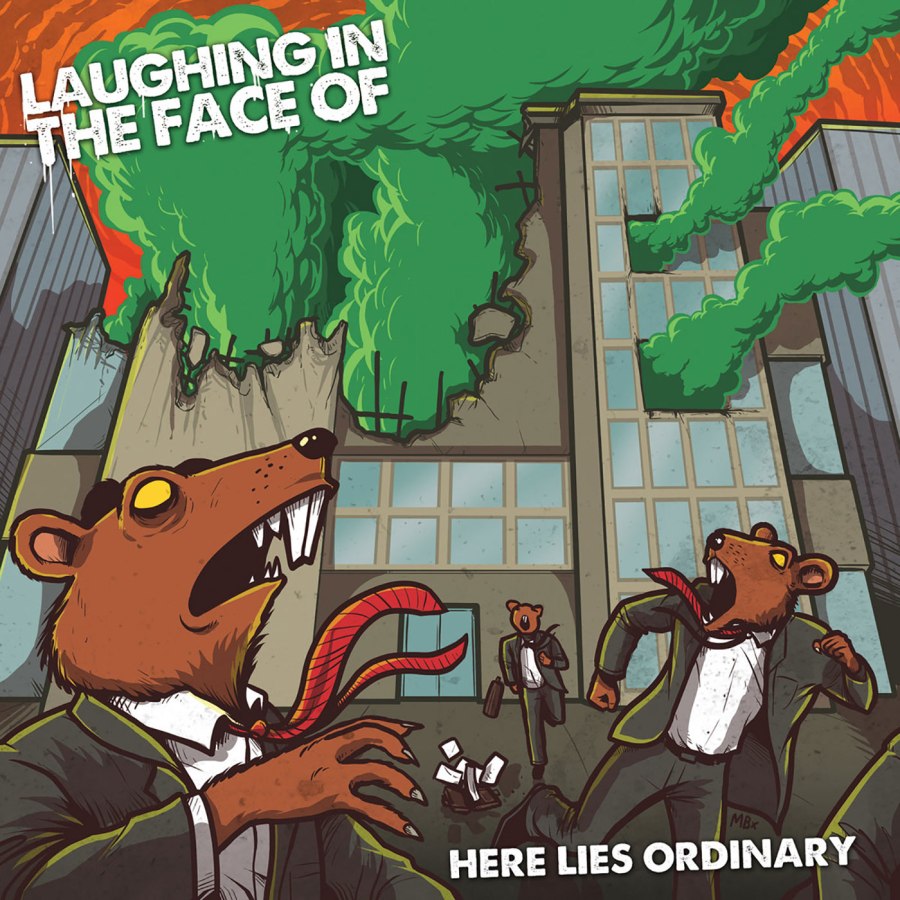 Here Lies Ordinary is the latest recording by Birmingham’s Laughing In The Face Of, and these experienced musicians are once again showcasing the uncompromising musicianship through strenuous skate punk compositions. The band is firing immense melodic technicalities, mostly performed by various guitar dualities, which are insanely amazing. Both guitar players are giving blood, sweat, and tears on these recordings, but it would be such a shame not to consider impressive basslines and supersonic drumming segments that are basically foundations of Laughing In The Face Of. Even the lead vocals are performed with such precision, and various backing vocal dualities and singalongs are simply enhancing the overall listening experience. The entire band operates as a well-organized machine that undoubtfully maintains quality from start to finish. These experienced musicians somehow defy all the standard schematics of modern skate punk music. They are certainly taking advantage of all the musical knowledge, so their perception of modern skate punk may vary from the greater portion of the contemporary scene, but it certainly sounds extraordinary in every possible way. Here Lies Ordinary appears as an imminent sonic impact you surely don’t want to miss out by any circumstance. You’ll definitely be blown away by a very impressive dynamics and startling arrangements that will enlighten your hearing apparatus by generous servings of uncompromising energy. The material is certainly comparable with the legendary albums of the greats such as Strung Out, Belvedere, This Is A Standoff, A Wilhelm Scream, Propagandhi, Lagwagon, but to be honest, Here Lies Ordinary sounds much more ferocious, melodic and undoubtfully entertainful mainly because of a wide specter of catchy sonic maneuvers. The album has been accompanied by a magnificent illustration of the rats evacuating from the exploding building. The rats are wearing suits and ties, so the entire cover artwork has a lot of meanings and viewpoints. Here Lies Ordinary has been published by LockJaw Records, and it’s available on orange or green vinyl, compact disc, or you can stream it on all the possible streaming services.