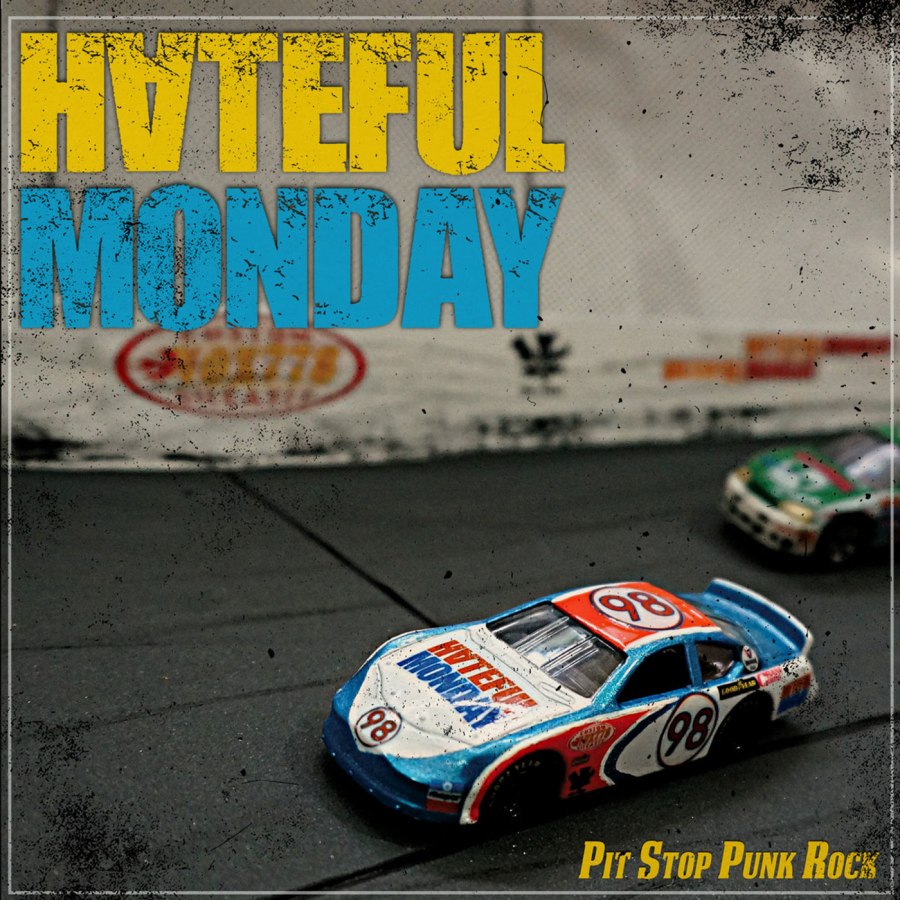 Hateful Monday is one of the main Swiss punk rock engines which has been active since 1998. Located in Geneva, this amazing punk rock trio has released a countless amount of records during their diverse career. To be precise, we are talking about some notable releases for Swiss punk rock scene such as Do You Have The Same But In Pants EP which has been published back in 2000, Don’t Ask Questions EP in the same year, a full length called Take A Breath in 2003, then a couple of full-lengths such as The Last March Of The Ignorants (2006) and Half A World Away (2008). After those full-lengths, Hateful Monday managed to publish another EP called Lions And Jackals in 2010, then another couple of full-lengths such as It Must Be Somewhere in 2014. and Unfrightened in 2017. So, Pit Stop Punk Rock is their fourth EP release comprised of four fast compositions which can be best described as a throwback to the 90s skatepunk sound. Hateful Monday nurtures straightforward approach to the punk rock sound, they are delivering a lot of wonderful melodies right off the bat without any fuss and unnecessary technicalities which are quite popular nowadays. This is a pure skatepunk music for those who are into this genre since it’s beginnings back in the first half of the 90s. Vocals are amazing, somewhere in between melodic singing and yelling, but well-controlled and balanced, it’s more than hearable that the years of practicing and playing have gained some useful singing skills. The rest of the band is surprisingly amazing as well, actually all band members the are the top-notch musicians, so it’s no wonder how Hateful Monday managed to stay together for over two decades. The band also carries small doses of melodic hardcore sound in their compositions, so this material could be such a nice treat to those who love a bit aggressive approach to skate punk music. If you’re a fan of some Hot Wheels or Nascar themed supermelodic ultrafast punk rock music, then Pit Stop Punk Rock EP by Hateful Monday is a right choice for you. This amazing EP has been published by Melodic Punk Style on a CD, so preserve your copy before it’s too late.