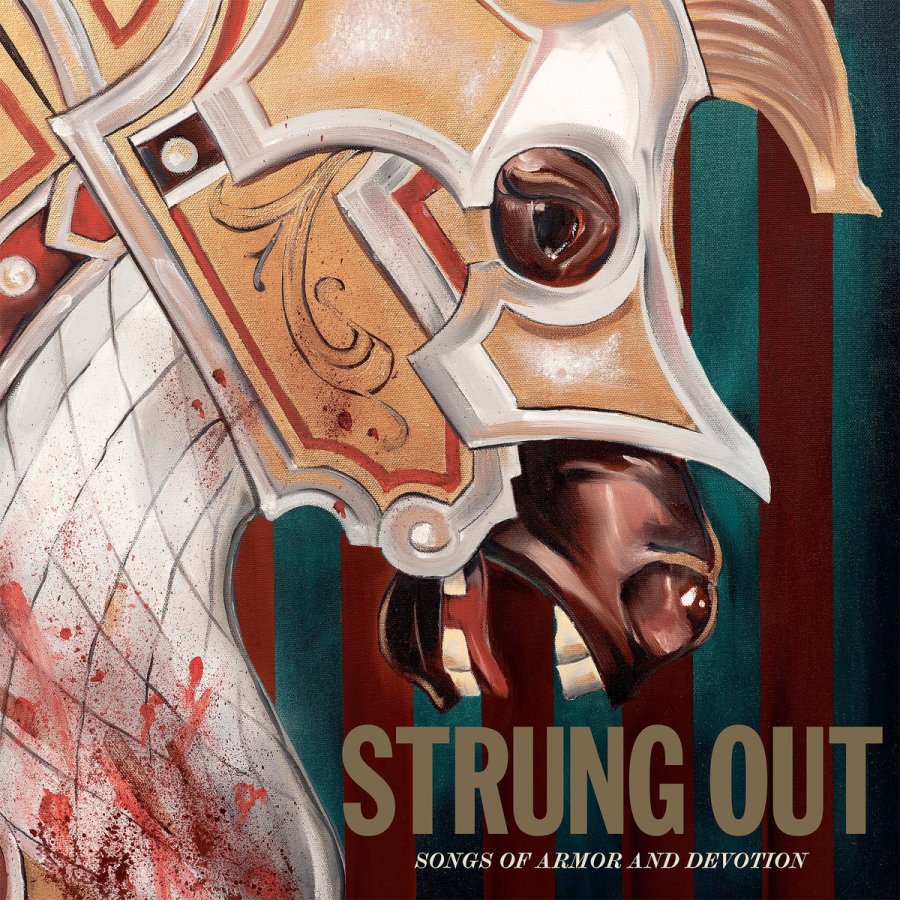 Songs Of Armor And Devotion by the California punk rockers Strung Out brings good old recognizable sound by which the band became famous in the mid-90s. Songs Of Armor And Devotion is the ninth full-length album of this Simi Valley punk rock quintet, which is irresistibly reminiscent of older albums that made this phenomenal band famous in the underground music circles. Nurturing sound between Bad Religion and Propagandhi, Megadeth and Motorhead, Lifetime and Iron Maiden, the band dominates with their distinctive blend of melodic punk rock and heavy metal music. The band is still innovative, so in addition to the classic aggressive melodic riffs, ridiculously phenomenal guitar scales, smartly implemented octaves, and cool arpeggios that Strung Out are widely known for, the band still pulls some quite new tricks up their sleeves. Interesting bass lines are complementing overall atmosphere with their massiveness and melodies that seem to overlap with guitar shreddings at some arrangements. The new drummer is up to the task, he’s tracking down everything Jordan Burns has done for years in this band and he definitely demonstrates professionalism and great playing skills at Songs Of Armor And Devotion. Technically speaking, this material delivers much more dynamics and wiser arrangements from its predecessor Transmission.Alpha.Delta and the melodies and emotions conveyed by the amazing vocal skills of Jason Cruz are bringing Songs Of Armor And Devotion at the top three melodic punk rock albums of this year so far. The band also put a lot of efforts in a visual look of the brand new album and Jason Cruz expressed himself artistically by delivering a divine cover artwork for this particular material. Songs Of Armor And Devotion has been published by Fat Wreck Chords, a well-known punk rock record label from San Francisco, California which has been a publishing platform for Strung Out since their beginnings as a band. The album is available in a physical form as LP, CD and it’s also available digitally through all possible streaming services. Don’t miss a chance to treat your ears with probably one of the best albums in 2019.