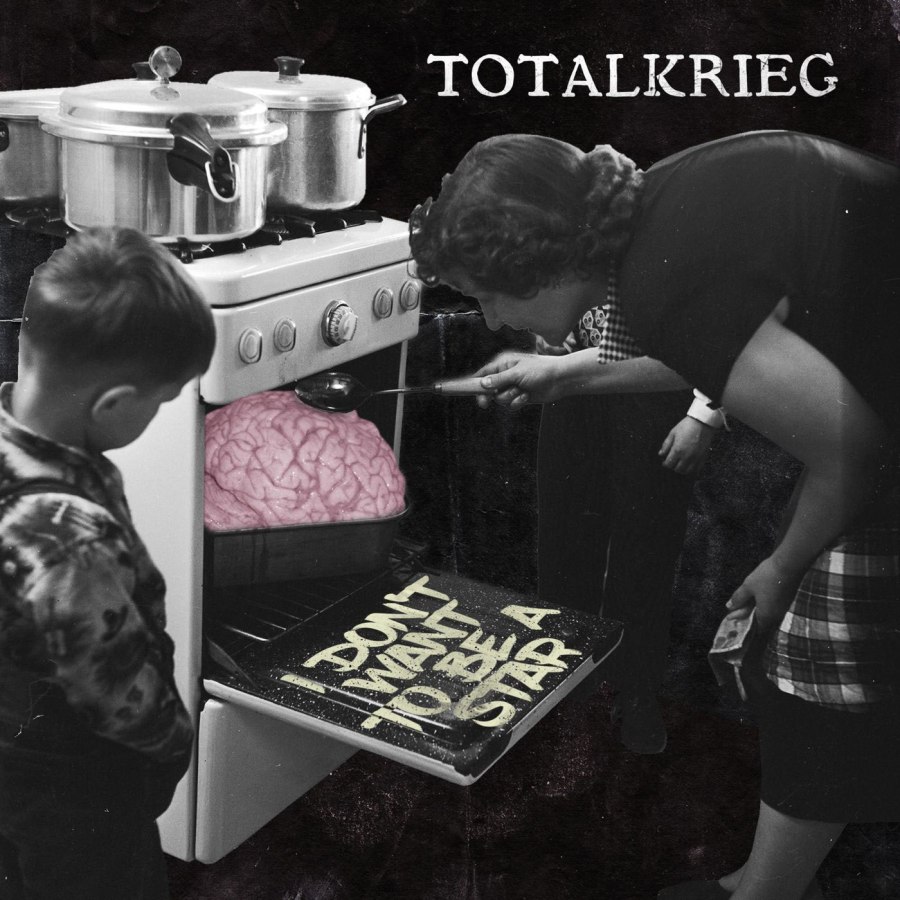 TotalKrieg is an Italian melodic skate punk quintet coming from Cagliari. The band has been formed in 2016, and I Don’t Want To Be A Star is, as far as I am informed, their debut extended play record. This euphonious recording delivers dozen of mindblowing skate punk compositions, which has been decorated with generous servings of cleverly arranged melodies and vigorous rhythms. The band retains dynamics through stalwart drumbeats reasonably performed to uphold the compactness of the entire group throughout the complete recording. Slightly distorted basslines are perfectly layered over magnificent drumming performance, and altogether they provide some massive tones that serve as sonic foundations to the rest of the band. These rhythmical orchestrations are leaving a perfect platform for various guitar dualities. Both guitars deliver incredible polyphonic clusters comprised of thoughtfully arranged shreddings. These guitar segments are responsible for the main portion of remarkable melodies, which are arranged according to skate punk aesthetics. Vocals are accommodating notable musicianship of the entire group by providing a classic vocal approach to the genre. Speaking about the aforementioned aesthetics, TotalKrieg captures the essence of the late nineties skatepunk sound enhanced by some notable decorations characteristic for contemporary melodic punk rock scene. The band also incorporates loads of interesting hardcore punk moves, which are definitely pairing to their skate punk dynamics. To be more precise, Totalkrieg’s musical style solely reminiscent the sound of some prominent old school heavyweights in the genre such as Pennywise, 98 Mute, Good Riddance, NOFX, Belvedere, BigWig, A Wilhelm Scream, but also leaves loads of space for some signature moves. Their music will definitely leave you speechless considering that I Don’t Want To Be A Star is their debut recording, so you’ll undoubtfully grasp their music in a matter of seconds if you’re a true fan of skate punk music. I Don’t Want To Be A Star has been accompanied by a meaningful visual identity composed of a magnificent photo manipulated cover artwork. The artwork depicts the mother and a son prepping the brain in the oven stove. TotalKrieg presents all the negative aspects of the American Dream, and this artwork clearly carries the message in a proper direction. This magnificent recording is available at Spotify and YouTube Music, but you can grab a compact disc directly from a band if you’re fond of some physical copies.