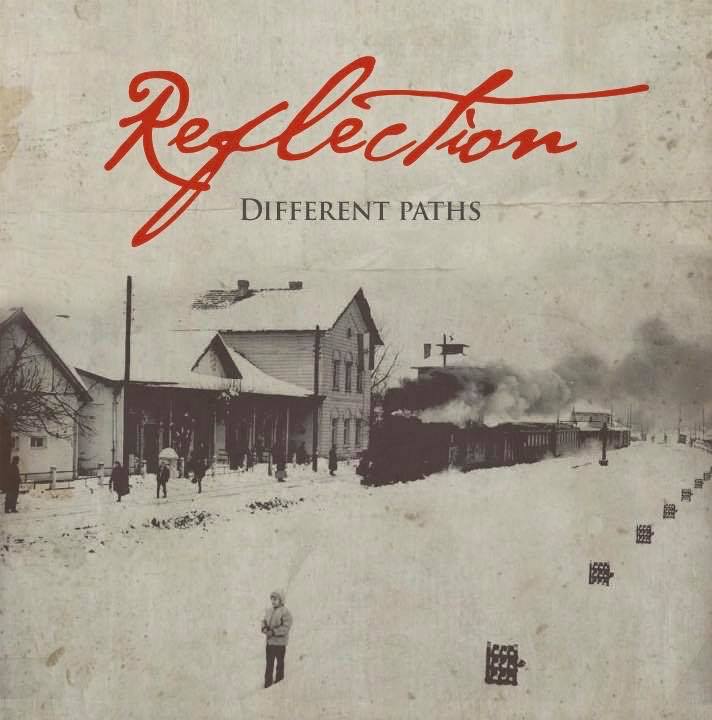 Reflection is a hardcore punk quartet hailing from Gornji Milanovac, Serbia and the band is pretty much active since their formation. The band succeeded to reach a lot of places in a brief period and perform in every conceivable DIY venue since 2017, a year when the band initially has begun rehearsing and performing live performances all over Serbia. Since the band members are no strangers to the local hardcore punk community, they’ve easily gained credibility and recognition through their sincere, intimate, persuasive performances where the band yields blood, sweat, and tears with the spectators. To put it simply, whoever had an opportunity to encounter their live performances, simply left assured how these guys nail their tunes live and their uncompromised, relentless, emotive performances are always sounding astonishing. Different Paths is their debut full-length album comprised of that exact raw, ferocious, but also melancholic energetic messages that band conveys on their live performances, but this time, Reflection has managed to professionally record it at Down There Studio, located in Belgrade, Serbia. For those who are not familiar with the sound of the Reflection, their music can be best described as a fine combination of ferocity and melancholy of modern melodic hardcore that was quite popular at the beginning of the millennium. Reflection has been inspired by the music of bands such as Have Heart, Verse, Defeater, Modern Life Is War, Dead Hearts, but the band leaves a lot of room for some signature moves, especially showcased in brilliant arrangements and very distinctive sounding vocals. The guitar is bursting pleasant melancholic melodies around from all the possible directions and the bass guitar fills the atmosphere with magnificent rich and warm rumbling basslines that fulfill the separation between the melodies and breathtaking drumming. The drumming upholds a massive portion of the Reflection’s sound with all the impressive rhythms, variations, fills and the great thoughtful arrangements are clearly one of the highlights of this ridiculously good album. Compositions such as Sleeping Inside, Questions, The Lightless Sky, Never Care, The Last Sight, Voices, Days Behind, Leave It and Lump In Throat are more than a dozen of good reasons why you should check out this thrilling melodic hardcore band which will definitely keep your attention throughout the entire album, boil the blood in your veins and keep your head up high through these hectic times. Different Paths comes on a CD and it will soon be available directly from the band, but until then, you can check out the entire album on their Youtube page.