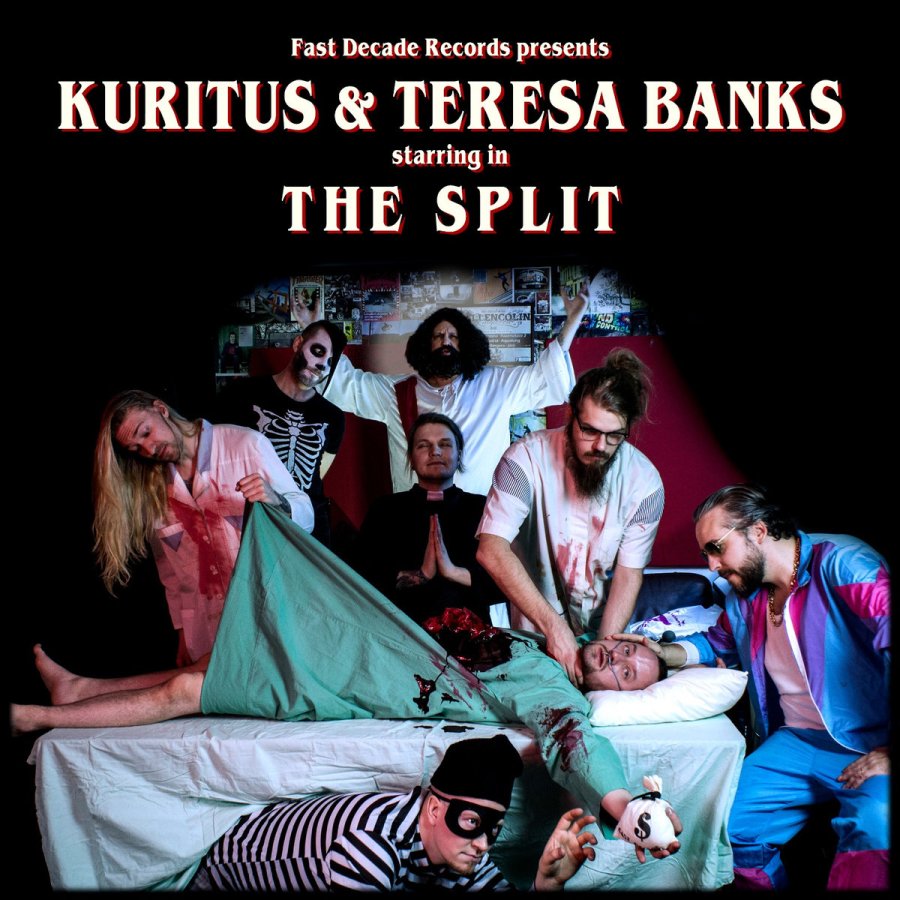 About a month ago, Fast Decade Records has announced this split release between Kuritus & Teresa Banks, both Finnish punk rock bands who are quite active in the underground circles. Each band has recorded one brand new song plus they covered each other songs. But first, I must mention hilarious cover artwork depicturing members of both bands in various outfits, which I find very effective and perhaps as a little break of quite popular illustrated cover artworks we all encounter on daily basis. Kuritus starts this split release with superfast, ultra-melodic, very dynamic skate punk song with vocals killing it right from the start. Seriously, vocals are right up my alley and they’re going great with presented melodies, arrangements are amazing and to be fair, this is such good opening composition. Coming up next, it’s a Strike The Match, originally performed by Teresa Banks, but covered by Kuritus for this special occasion. It’s an opening track from Bridges We Build, Bridges We Burn CD which we previously covered on our blog, so I advise you to check it out. Kuritus has done a pretty damn good job on this one. Teresa Banks is up next with their brand new tune called Try Empathy, brilliant dynamic skate punk song which is so characteristic for their music. These guys obviously know how to write their songs, so this one is not an excuse either. Vocals are dominant on this one as well, they’re brilliantly performed and the music is nailing from start to finish. Next one is Back To The Future, English version of Paluu Tulevaisuuteen which has been originally performed by Kuritus and you may find it on their Tänne Pohjoiseen CD. This improved version is a little bit faster and it’s greatly performed by Teresa Banks. Both bands possess a lot of qualities and there’s no doubt that Finnish skate punk scene is strong, especially if we’re talking about the bands surrounding Fast Decade Records. This split is a small portion, but more than a good proof which greatly illustrates the quality of Finnish bands and I encourage you to pay closer attention to the skate punk bands hailing from Finland. The split is available on all streaming services and currently, there are no indications about possible physical releases, so in the meantime support these fine bands by purchasing a digital version of this brilliant split release.