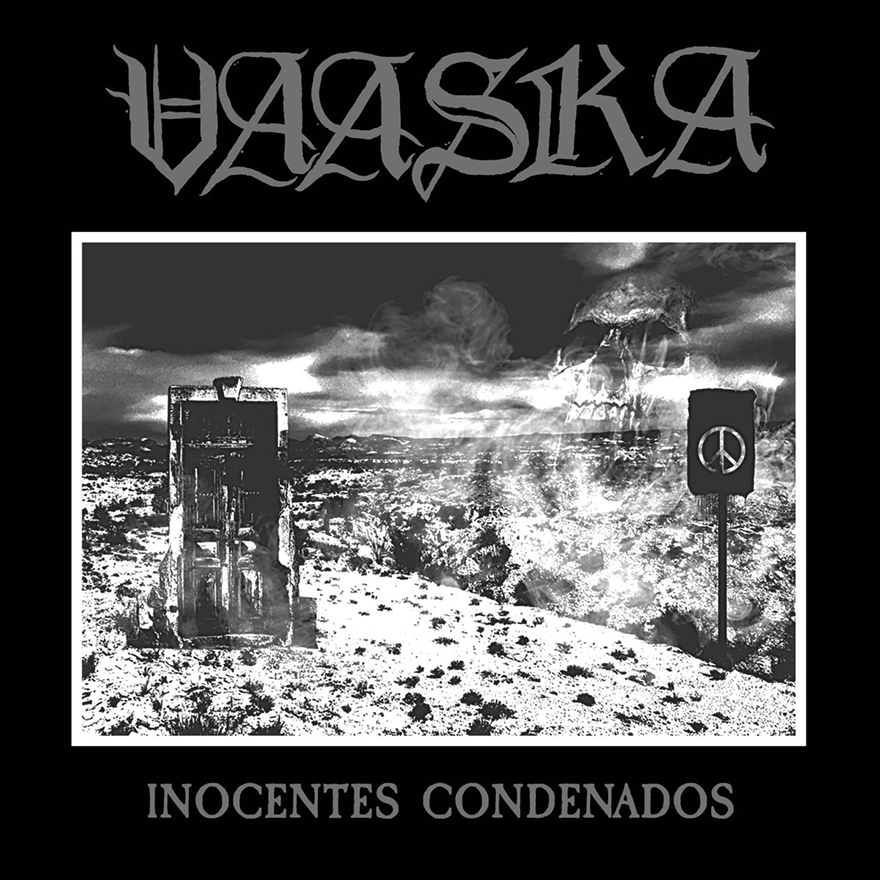 Since their formation in 1977, Discharge paved the way for tons of bands worldwide who mostly properly done their homework by copying d-beat sound, with few exceptions along the way who totally missed the point of being a d-beat band. Vaaska are one of those who copied the music, energy and production of the pure d-beat until they’ve reached the perfection. This is almost the same sound bands like Discharge and Anti-Cimex have played during the eighties, with vocals being the only exception and perfomed much more in style of great Finnish hardcore punk bands from the eighties. Talking about diversity among influences, Vaaska are taking their music to the next level with lyrics strictly written in Spanish language, so their material sounds so fresh on the scene where most of the d-beat bands are strictly worshipping the lyrics written in English language. Inocentes Condenados contains six blasting songs with none of them lasting more than one and a half minute, so prepare your ears for about nine minutes of more than good d-beat worship played closer to the real Discharge since Disclose used to perform back in the days. This material is available as digital download only, but I really hope this material will be pressed as vinyl release someday. Inocentes Condenados goes with simple, but effective cover artwork of doors and peace sign located somewhere in the desert while the skull is levitating at the right corner of the photo. As I said, simple, but yet effective photomanipulation symbolizing various issues presented in the Vaaska’s lyrics, so make sure to pay close attention while listening to this amazing band from Austin, Texas.