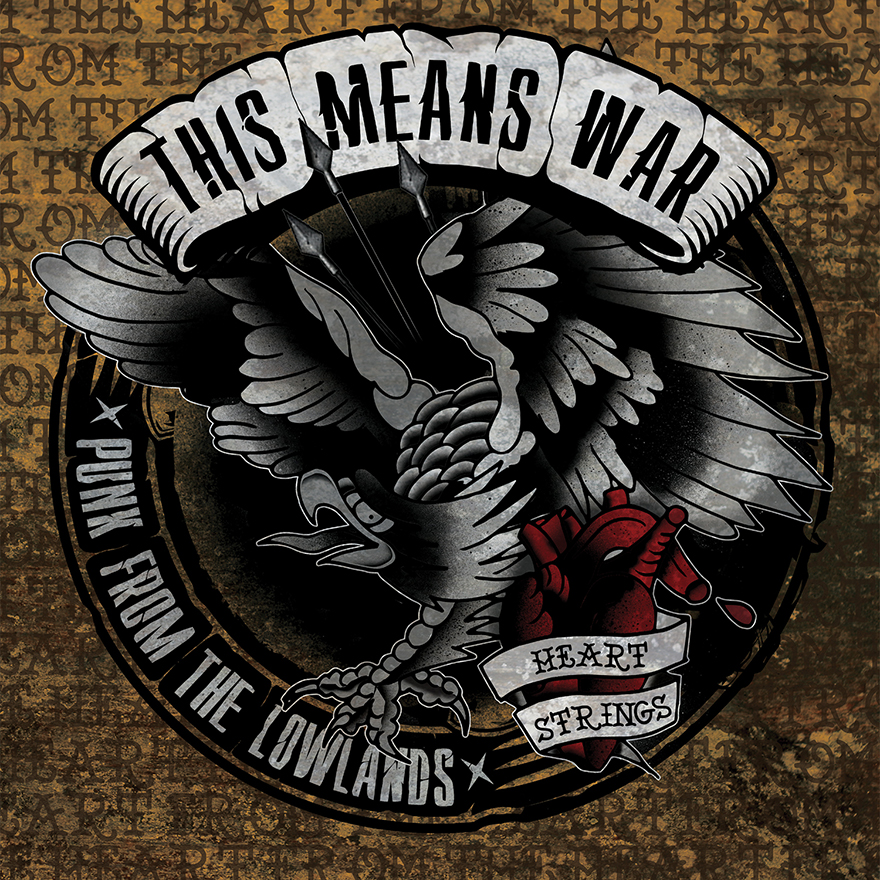 This Means War are maybe relatively new band, but it’s made up of some of the veterans of the punk rock / hardcore punk scene such as Backfire, Discipline, Convicts plus many many more. So far they’ve played with numerous of well known bands like Flogging Molly, Dropkick Murphy’s, Booze & Glory, Street Dogs, G.B.H., Sham 69… just to name a few, so it’s more than logical this short, but sweet info means these guys are tearing the stage apart live. Heartstrings LP is their first full lenght album after more than good 10” EP release and it delivers eleven incredible Oi! tunes with a bit modern melodic American punk rock edge added to it. What caught my attention the most is their ability to compose four chord tracks, but still sound fresh like this type of music is invented yesterday and with vocals like these, there’s no plenty room left for mistakes. Despite the fact all the tunes are recorded at the same tempo, each song sound different and their rememberable choruses will stuck into your head in no time. From the opening tune Why We Fight till the amazing anthemic Forever at the end, you will enjoy in bits and pieces of modern Oi! which still have some influences taken from the older giants like Cock Sparrer, Dropkick Murphy’s, Street Dogs and many others who paved the way for the bands like This Means War! to wave the flag of melodic Oi! in the future. Heartstrings LP is published by Pirate Press Records in the United States and Demons Run Amok in Europe, so pick yours today and be amazed by these fine Belgian guys for a long time period.