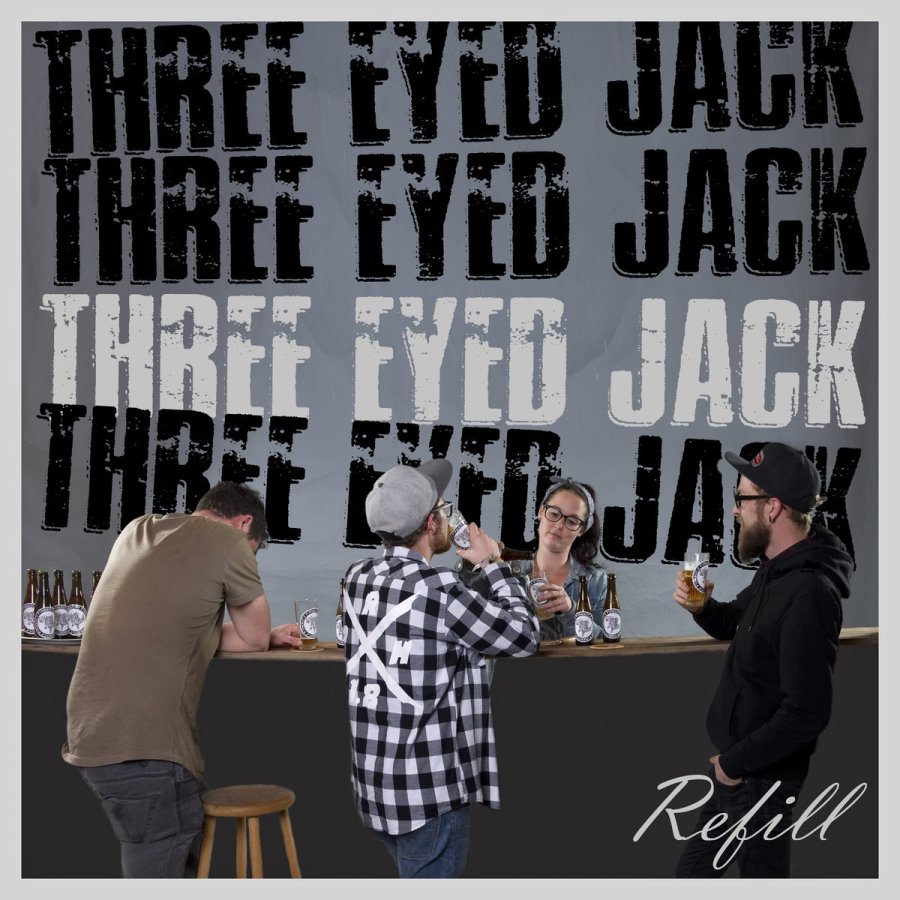 Three Eyed Jack are punk rock trio based in Oostkamp, Belgium and Refill EP is their brand new material published at the begining of 2019. Just as a reminder, they previously published their debut album called Always In For Happy Days back in 2015. Refill EP contains six melodic skate punk tunes with pop punk edge similiar to American bands who played similiar type of music at the begining of the millenium. Faster tempos in their tracks are separating Three Eyed Jack from the rest of pop punk scene, so this material will suit properly even to those pickiest fans of a skate punk sound who hate that MTV rock edge, which is present throughout whole material. Second and maybe the most important fact about Three Eyed Jack are vocal skills of both male and female vocals who have such a beauful duet on Heart Of Gold or at the refrains of Better Off, which are second and third tracks off this material. On the other hand, riffs are not the highlights of this band, they’re kinda same old story and the weakest part of their music, but it seems they’re skillful musicians so a lot of the listeners will probably close their eyes on that fact. After all being said, Three Eyed Jack still deserve a chance to be heard by a wider audience because of their effort to put out this record by themselves, so I am positively sure their tunes will reach out their path to the fans of pop punk music who are into some faster tempos characteristic for skate punk band of the ninetees. Whoever played in a band even for a short time period  know how hard it can be to put out an DIY record, so these guys at least deserve a support. Refill EP comes on a CD with a full color artwork with all the bandmembers drinking booze at the bar, packed in a jewel case and it’s available directly from a band at their bandcamp page.