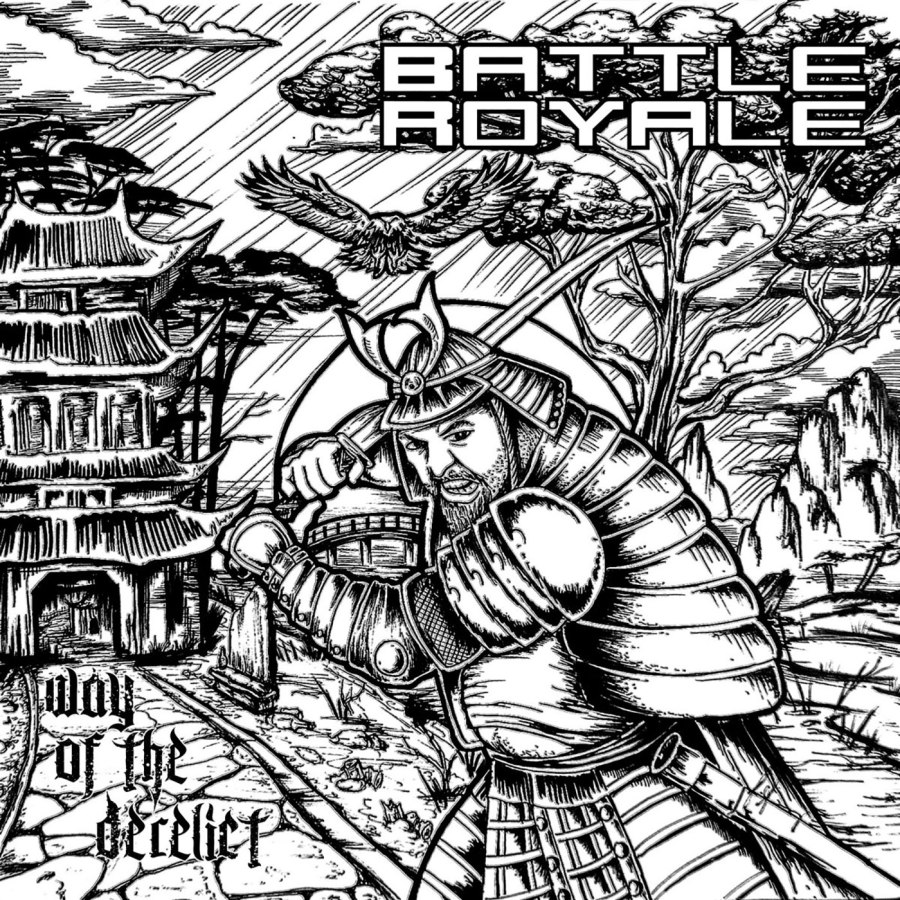 Way of The Derelict is a debut full-length album by Battle Royale, a Chicago based hardcore punk band. The band has previously published The First Five Hits EP, and all the compositions from this EP have been included on a debut album as well. All the numbers have been re-recorded with a purpose to harmonize with the rest of the material, so if you previously listened to these fine guys, you’ll admire their new material as well. Battle Royale entirely relies on fast core/old school hardcore punk with a great sense of humor. The band brings aesthetics of eighties hardcore back on the map with fast-paced rhythms and four-chord progressions, so if you’re into more contemporary technical stuff, then Way Of The Derelict may not be your cup of tea. But if you’re solely into fast and heavy old school hardcore punk delivered like it used to be back in the days, then Battle Royale will remind you of the days when Boston hardcore was the main thing. Personally, I find Way Of The Derelict quite interesting, mainly because I am a huge fan of old school hardcore. Powerful guitar shreddings are utterly insane throughout the entire recording, and all these magnificent riffs have been pervaded by warm sounding basslines. The drumming is so intense, all the segments have been performed with a lot of precision, stamina, and dynamics. The shouting lead vocals have been supported with the occasional singalong parts that are undoubtfully giving a lot of accent to catchy refrains. Way Of The Derelict contains 18 compositions that last less than 23 minutes, so you’ll surely be blown away by ferociousness and speed of this astonishing material. The album has been accompanied by a brilliant illustration of a fat samurai who’s swinging his sword all the way around. The background has been entirely decorated with a classic Japanese landscape scenery. Once again, Battle Royale has shown their sense of humor, and this cover artwork is providing another perspective on the entire genre. Way Of The Derelict has been published by the band in a true spirit of DIY, and it’s available in two variants. You can treat yourself with dark green marbled or standard black vinyl, but the album is also available for streaming at Battle Royale’s Bandcamp page.