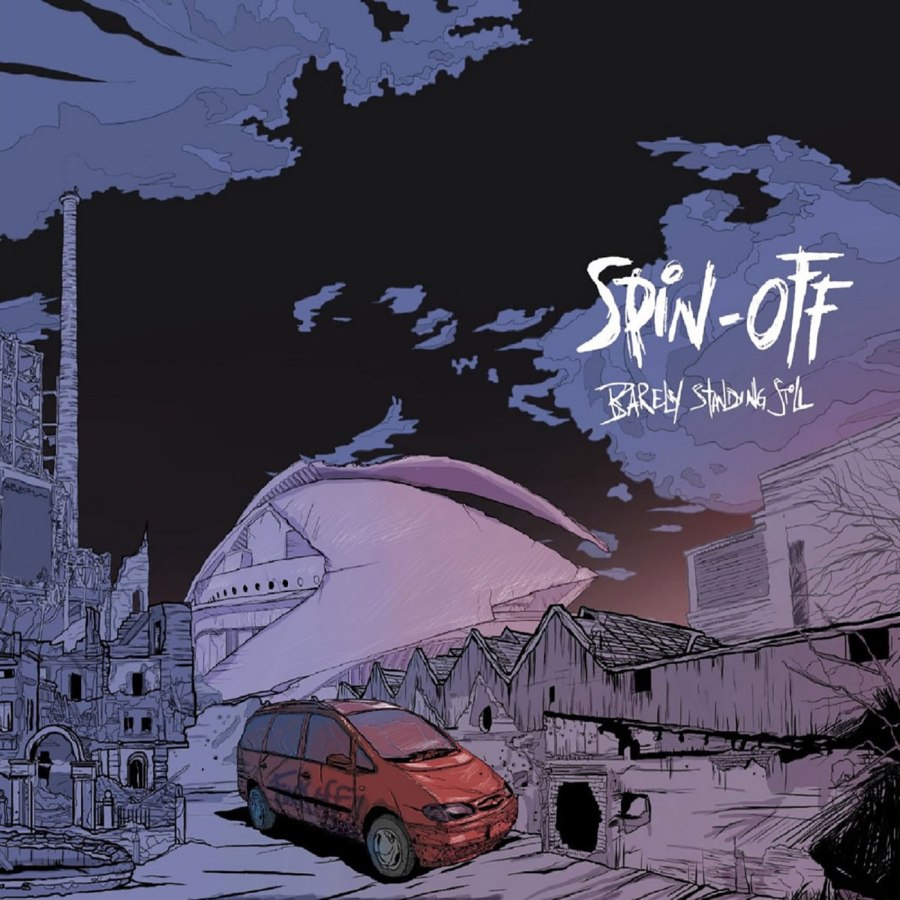 The Spin-Off is a skatepunk quartet emerging from Valencia, Spain and Barely Standing Still is their brand new highly anticipated full-length album. The band was established in 2007. and it’s solely active since then. After a couple of years of rehearsing and performing live, Spin-Off has determined to publish a debut extended play called Making Friends in 2011. and then they’ve published a first full-length entitled Old’s Cool in 2015. A couple of years later, Spin-Off has treated its fans with an unplugged EP named Make Unplugged Great Again, which includes six acoustic songs that have been recorded sometime in 2017. Barely Standing Still is their latest full-length album which vividly encapsulates the 90s skate punk shredding, mainly demonstrated through highly dynamic compositions. Right off the bat, Spin-Off showcases their influences based around Epitaph and Fat Wreck Chord roster. And there’s no surprise considering that the band started well-known bands such as NOFX, Lagwagon, No Use For A Name, Belvedere, This is a Standoff, Straighten Things Out, Straightaway, Satanic Surfers, Junky Donkey, Forus, Bad Religion, Atlas Losing Grip, Rufio, Pennywise, and Comeback Kid as their primary inspiration. The Spin-Off undoubtfully captures the best from 90s skatepunk music, but the group also incorporates various modern technics that are subtly layered onto their primary sound. Despite being highly melodic, the band maintains aggressive and raw sound throughout the entire album with vocals being such a nice contrast to the fast-paced music. Still, production and arrangements are holding every individual instrument in line, so each component is hearable equally. The guitars are using various technicalities to achieve an enormously melodic sound, but they’re mainly incorporating dualities between progressive riffages and octaves intending to mimic stereo diversity between guitar channels. The rhythm section sounds so tight and it holds everything together with chunky sounding basslines and powerful drumming sequences. Each aforementioned component has been decorated with high-pitched lead vocals that have been pervaded with massive singalongs. Barely Standing Still undoubtfully embarks a new era of the Spin-Off and the band showcases certain progressions through interesting ideas and arrangements. Judging by the information I’ve gathered on the web, the album is currently available for free at Spin-Off’s Bandcamp page, but I truly hope this material will get a well-deserved vinyl treatment in the nearest future.