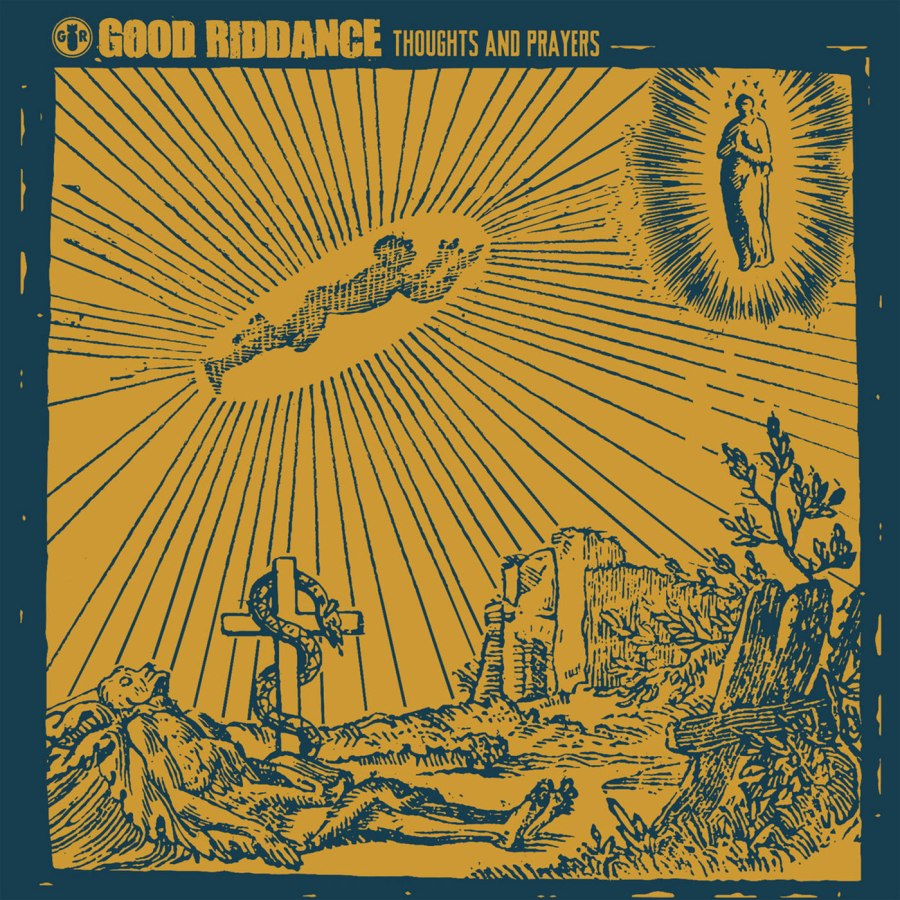 Good Riddance is definitely one of those bands who can brag with the fact they never recorded a bad album in their entire career and after more than successful Peace In Our Time which has been published back in 2015, they’ve managed to treat us with another great album called Thoughts And Prayers which has been published by a Fat Wreck Chords, record label that has published all of their releases. And there’s no wonder why Good Riddance have stayed loyal to their primary record label. Fat Wreck Chords have a very good distribution of their releases, which means it will catch more attention of a wider audience and considering the highly intelligent lyrics written by Russ Rankin and ultra-melodic music composed by the entire band, that’s what band like Good Riddance really deserved after considering they’re playing as a band since 1986. Some things are still the same, the band is still following their well-known formula based on aggressivity of West Coast hardcore punk mixed up with high doses of melodic skate punk and I must say that guitar works of Luke Pabich are still outshining a large portion of guitar players on a punk rock scene who are probably influenced by his guitar shredding. With a rhythm section comprised of Chuck Platt on the bass guitar and Sean Sellers on drums, these ideas are receiving a full potential and there’s no wonder how these guys are always managing to pull out a record that will outshine its predecessor. Rankin’s politically charged lyrics are still as good as on their previous records, perhaps criticizing both local and global politics more than ever before and I simply cannot imagine a better platform to express critical thought than punk rock music. Thoughts And Prayers LP is available on both standard and coloured vinyl, CD and digital, so pick up your weapon of choice and take a listen to this brilliant album.