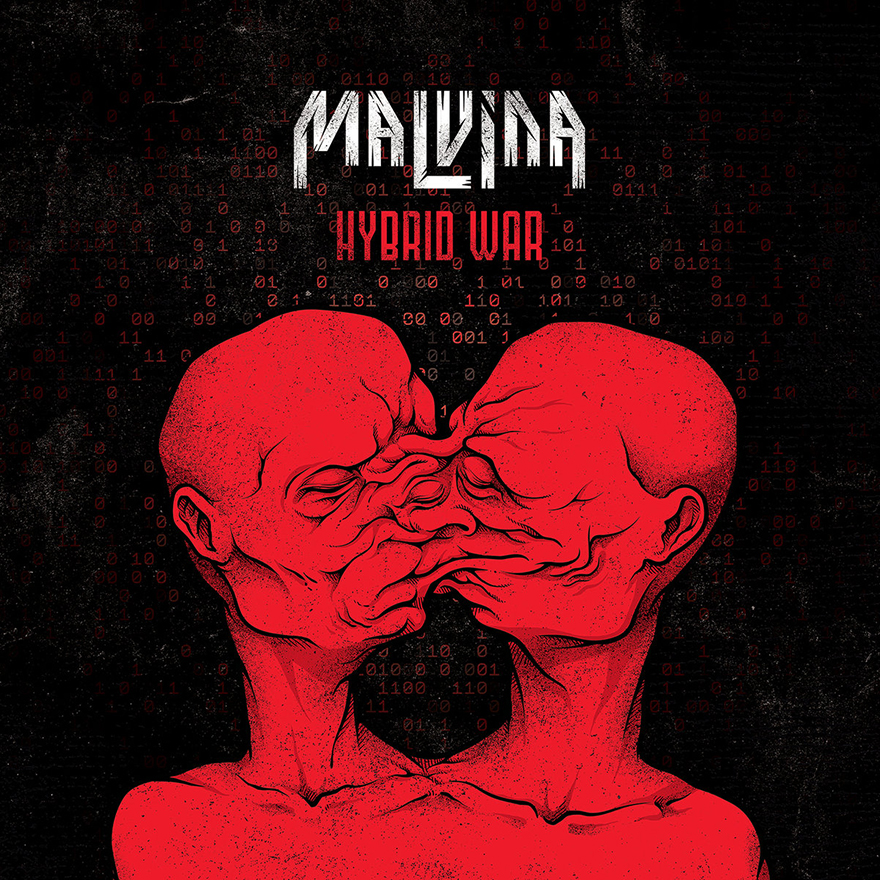 Wars usually start because two main factors, religion and profit. Hybrid War by brazilian masters Malvina deals with those issues throughout whole material and both lyrics and music are leaving the consumers speachless. Malvina are not just another bunch of punk rock musicians who started their band because pure desire to play music just for fun. Through Hybrid War, Malvina have a clear aim to demonstrate the facts about how the multinational companies, local and foreign policies are exploiting lower classes, natural resources and twisting governments in all shapes and sizes all around the globe. And there’s no wonder why Hybrid War LP is such an amazing record. It took four years in the making, while the band members watched the path of the destruction of their country which started with protests on the streets and ended up with submission of the Brazilian government to the policies of the United States. Lyrics are taking different angles on views of those events and they’re personal thoughts of the band members who are, judging by the lyrics I had a chance to read, very inteligent punk rockers and it’s more than clear they’re aware that global cannibal called capitalism is the main factor for ruination of their country. Music is a combination of various styles, but mainly it’s a very complex skate punk rock played with a lot of technical melodic structures accompanied with amazing bass lines and great drumming. Malvina are giving their best to express anger through fast tempos, hardcore punk riffs and melancholic arrpeggios which are present throughout whole record and judging by the sound they succeeded in their aim to express their true feelings about current situation in Brazil and impress all the lucky ones who had a chance to listen to their latest album. Great music usually goes with great artwork, so Malvina chose a great cover artwork for Hybrid War with two characters merging one into another, while binaries like one in Matrix movies are present in the background. Hybrid War LP is available on vinyl, CD and all digital platforms, so you can grab your copy through following labels such as Money Fire Records (USA), Punk & Disorderly Records (Canada), Electric Funeral Records (Brazil), Razor Records (Argentina), Audioslam (Chile), Ghost Factory Records & Arts (Italy), Morning Wood Records (Netherlands), Geenger Records (Croatia), 5FeetUnder Records (Denmark), Mud Cake Records (Germany) & Mevzu Records (Turkey).