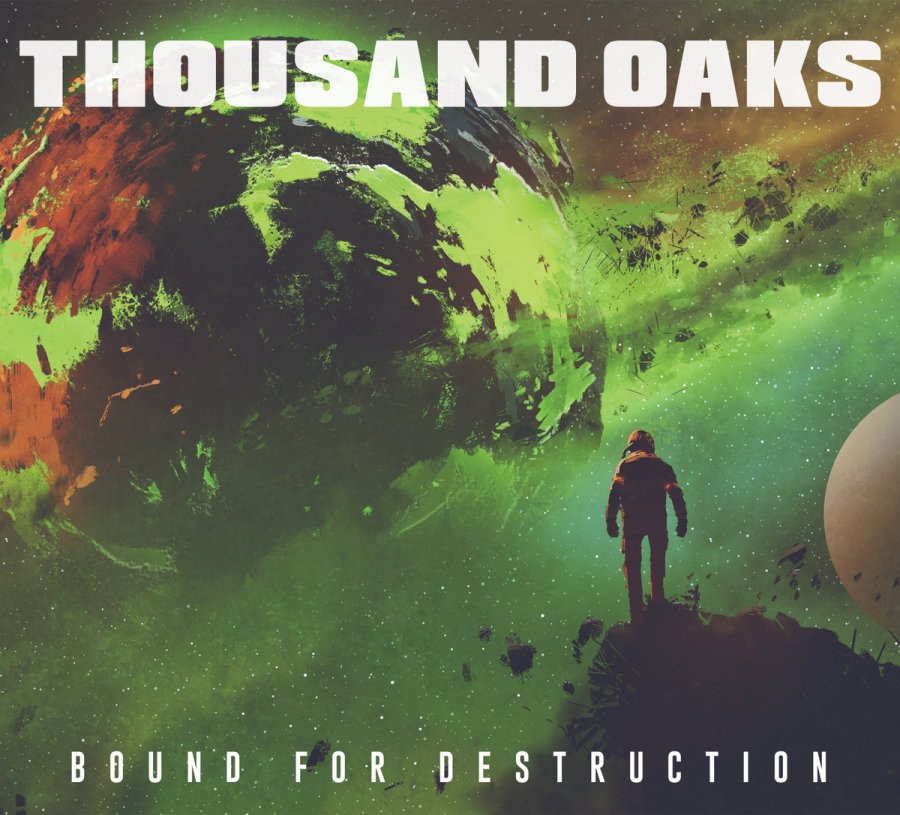 Thousand Oaks are Italian melodic punk rock quartet hailing from Rome that has been formed back in 2015. from the ashes of infamous skatepunkers Jet Market who rougly played from 1998. till 2012.  So far, Thousand Oaks have published full lenght CD called Monsters Begetting Monsters back in 2016, Memories And Milestones split release with Too Close To See in 2017. and Antipodes split release with One Hidden Frame in 2018. Bound For Destruction CD is their latest full lenght release which can be chategorized as an intelligent punk rock music in my book. This is not just another skatepunk album on a worldwide production line which has been played over repeatedly by the dozen of bands over and over again. Thousand Oaks, as wierd as it may sound, flirt with various musical influences all the time, but after all melodies, choruses and verses played in different techniques, shapes and styles, this is still a pretty damn good punk rock album, in my honest opinion. Constant deliverance of metallish guitar scales combined with dozens of perfect basslines played in wide spectrum of standard and jazzy rhythms are following listeners to a sonic divinty from one composition to another. It would be foolish to say these are just plain songs, these are brilliant compositions which has been planned and played with full patience, commitment and for a pure love of a good punk rock music. Thousand Oaks are not stopping there. Their vocal arrangements are simply amazing and also greatly performed and constant singalong arrangements are putting these songs on a whole new level. Each song is sang with a lot of emotions involved and by that, it’s more than clear Thousand Oaks are loving what they do. Bound For Destruction CD has been published by Punk & Disorderly Records, No Reason Records, White Russian Records, Fast Decade Records and Disconnect Disconnect Records, so there’s a lot options for your to grab this one hell of a release and treat your ears properly.