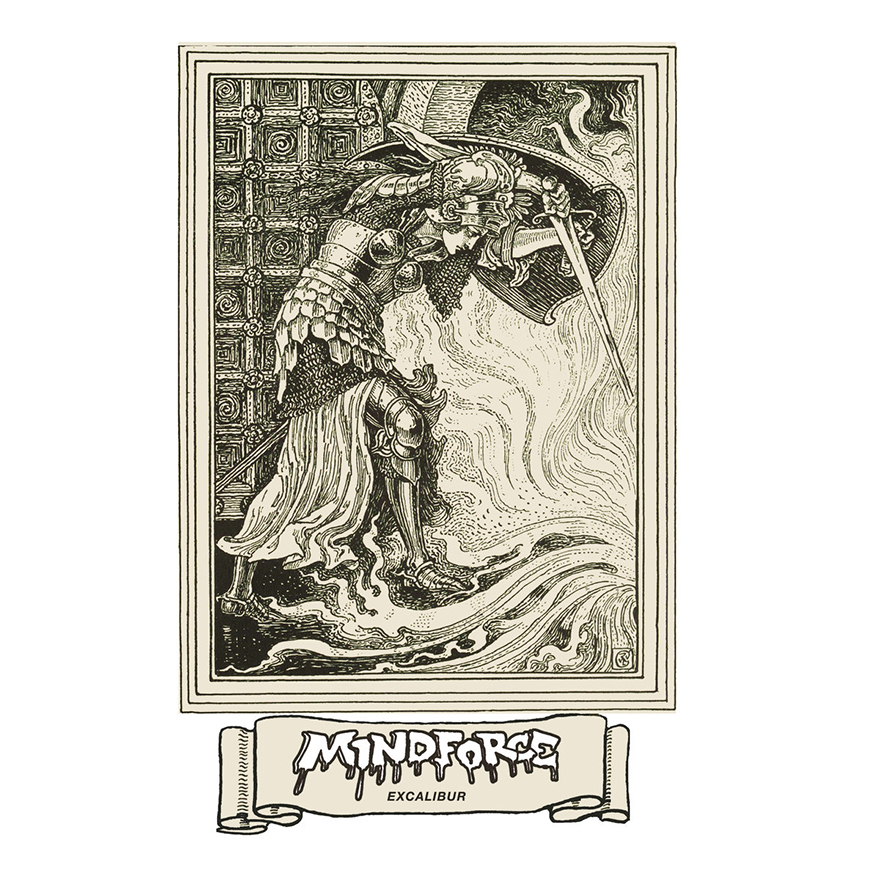 Lately, I’ve been in a desparate need for some metal influenced hardcore bands and recently I’ve stumbled upon awesome new album by Mindforce, a band from Poughkeepsie, New York. Mindforce are pretty much active with recordings and publishing, so they already have published a Demo back in 2016, The Future Of… EP in 2017, split release with Dead Heat in 2018 and the Excalibur is their latest and debut LP published at the end of 2018 for Triple B Records. It’s more than clear band members are influenced by thrashy hardcore era and their style reminds me of some thrash metal and hardcore punk bands who played similiar musical style back at the end of the 80s. Bands like Metallica, Nuclear Assault, Cro-Mags and Leeway paved the way for this type of genre, but Mindforce bring it on a whole new level with much more new school hardcore approach, which turned out great at the end. Mindforce put a lot of effort in each track, so every secton, bits and pieces of each song are arranged to perfection, allowing no mistakes. Practically, Excalibur is like a collection of best thrashy hardcore tunes and there’s no any possible way you’ll find a bad track if you’re fan of this type of shredding. Album is produced in vein of those metalcore albums from the 80s, so you’ll feel a little bit of nostalgia for those years when all those albums were great and Mindforce are delivering only the best riffs right to your plate, so make sure to purchase this album. Excalibur has been published on a clear vinyl with a big brown blob at the center and it’s available directly from Triple B Records. Don’t miss the chance to possess this great piece of plastic which will blow your mind right off with the first riffs.