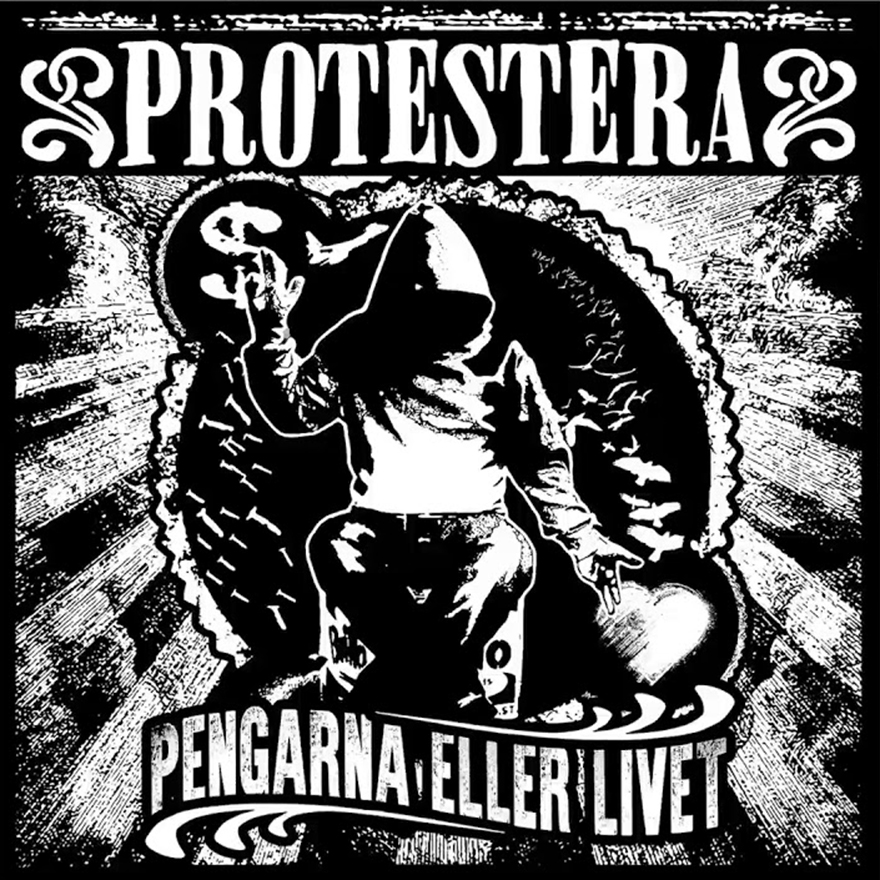 For those who might don’t know, Protestera are an amazing female fronted d-beat / crust band from Göteborg, Sweden. They are highly active as a members of Punk Illegal festival, a part of No One Is Illegal who organize benefit shows and raise funds for hidden immigrants. It’s a such a great cause and their music is rad like their humanitarian work. Protestera once again delivers an amazing album, maybe a little more in vein of hardcore punk than crust sound, but they are doing it pretty well as usual. Production is characteristic for newer Swedish d-beat bands, you can hear each instrument and the vocals are even better than on their previous records. A lot of bands are avoiding melodies in this genre, but that’s not the case with Protestera. They are not shy to express their musical skills and that’s hearable on Pengarna Ellet Livet. To be honest, I can’t pick up a bad song on this record and there’s a eleven of them, so you will probably enjoy in a whole record. You can pick up Pengarna Ellet Livet on LP or CD through Halvfabrikat Records, who are responsible for some of the best records in the last two decades.