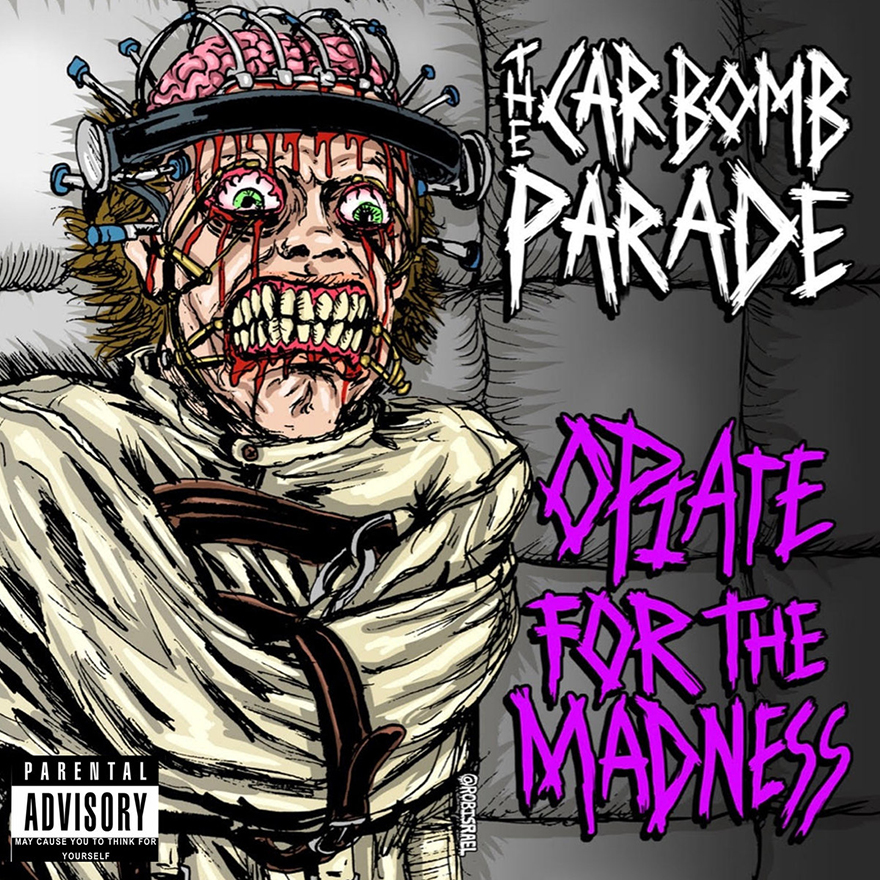 East coast was always a home for some good hardcore and punk rock bands who left their mark on the musical map. They shaped the scene and added their own signature to the music we all listen, love and respect today. That’s exactly what are The Car Bomb Parade doing today with their brand new compact disc called Opiate For The Madness. Their previous releases such as World War Anthems EP, Live With A Mouthful Of Molotov Cocktails and Death, Destruction, Chaos, Filth And Greed EP are perfect introduction for their brand new album and you can get the idea what’s The Car Bomb Parade are all about by simply reading their album titles and looking at their cover artworks. The Car Bomb Parade are delivering their statement about local and world events by transmitting sheer energy through almost anthemic tracks full diverse subgenres of punk rock. To be fair, The Car Bomb Parade are flirting with classic punk rock, hardcore punk, and even street punk is involved in some twisted form, but actually, this is pretty good punk rock music with a slightly modern approach to the genre presented with much more creativity and involvement into the quality arrangements hearable in each track of this material. The drummer is using the double bass pedal in his fills and rhythms, so this particular playing style is adding much more energy to the tracks than just plain punk rock rhytms usually played by the rest of the scene over and over again. Bass guitar has that fuzzy distorted sound which is more than suitable for this style of drumming, so rhythm section is tight as hell. Everything is covered by a nice layer of the guitars which have some interesting elements of each subgenre I mention above. Also, guitars do not sound so metallic, overall production is modern, but not too annoying. Vocals are neat as well, the singer has that nice distortion in his vocal cords, the energy of the whole band is transmitting through his vocal skills and the band also thought about some singalongs, which are such a nice addition to the songs. The Car Bomb Parade also thought about the visual part of their release, so the awesome music is accompanied by some amazing artwork which reminds me a little of A Clockwork Orange style, but not too much. It really nailed down the album title and the band also thought about all the lyrics and info, which are presented in the booklet. Opiate For The Madness has been published by Knuckle Down Records and it is available at their official website or through The Car Bomb Parade bandcamp page.