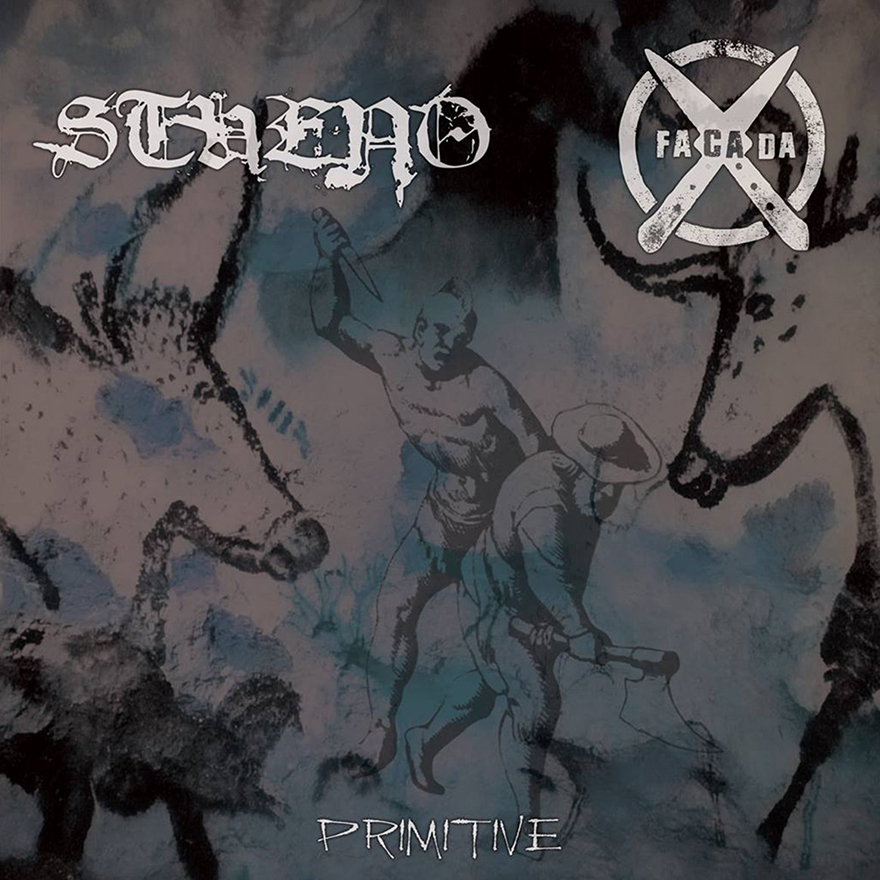 Scull Crasher Records has been around for quite a while, publishing some good records and by that supporting not only local, but the worldwide hardcore punk scene alongside with a lot of other subgenres such as grindcore, crust, noise and powerviolence scenes. Once again, they’ve teamed up with some cool labels like DIY Kolo, Laja, Drunk With Power and 161 Crew to publish some notorious material presented by greek grinders Stheno and Facada, awesome grinders from Brasil. Stheno delivers slighty modern grindcore which is played with a lot of skill and precision and it’s been enriched with an amazing production, which can’t be heard everyday on a grindcore scene. Their style instantly reminded me of something Napalm Death would play nowadays and vocals are performed in a constant duality of growling and screaming which really gives some chills down the spine sometimes. They are present with six incredible grindcore tracks full of blastbeats, good riffs, raw energy and their seventh track is a cover of the City Baby Attacked By Rats by british punk legends GBH and its pushed on a brand new, even greater level. On the other hand, Facada are delivering five incredible tracks which are maybe not well produced as the Stheno’s part of the split, but even with that being said, Facada are giving their best efforts with amazing riffs, much more hardcore punk approach to a grindcore genre and nice growling vocals which are shouting all the lyrics in their native Portuguese language. Their music reminded me of some Ratos De Porao tracks at some moments, so if you’re familiar with their music, you’ll consider that statement as a huge compliment. Facada’s music is simply an old school grindcore played with same fierce and rage like bands who played the same genre over 30 years ago, so if you’re into some raw material, Facada are the right choice for you. This fine split release comes as a digipack CD with brilliant cover artwork, all the infos are included and it’s mostly available on all the labels who are involved in publishing of this material, so get your hands on some old school grindcore and tear the walls down with a pure constant noise.