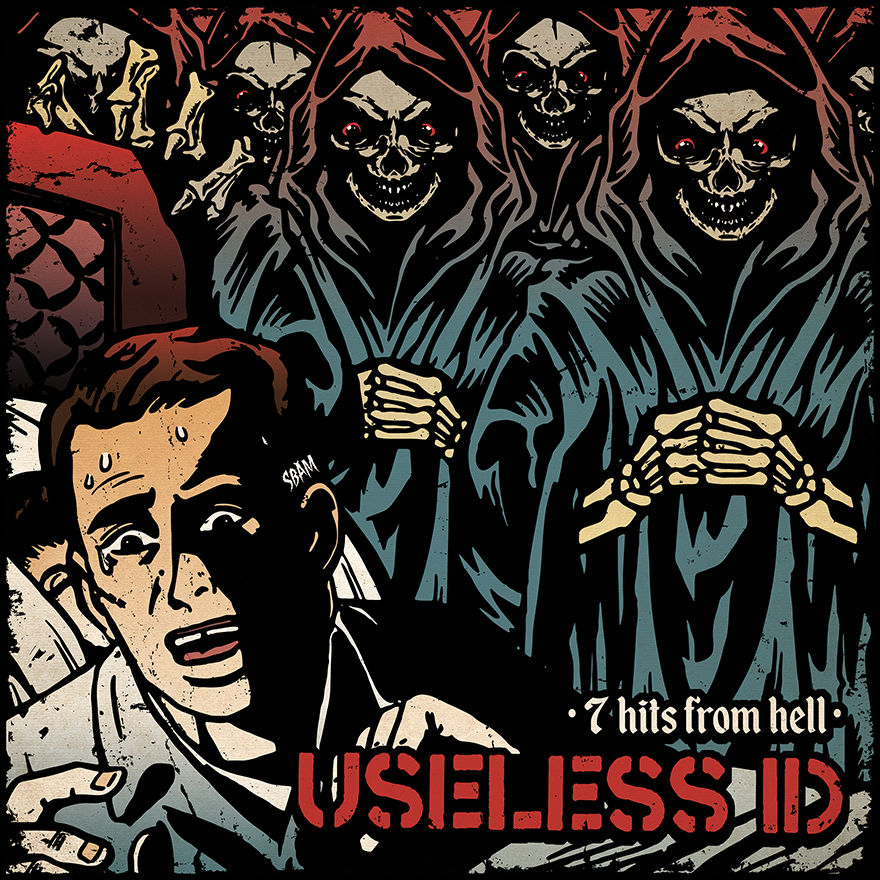 Useless ID are back with a brand new 7” record after more than a phenomenal State Is Burning, published by the Fat Wreck Chords in 2016. This time Useless ID are offering seven much shorter songs, half of a minute each and even more sounding like bands from Far Wreck rooster. At the moment, I expected an audio homage to the Misfits 12 Hits From Hell, which would be awesome, but that was not a case, so then again I expected a follow up to their previous material and once again was so wrong. However, these tracks are not bad at all, they possess some quality punk rock vibe we are all used to when it comes to Fat Wreck bands, but I wish there were much more bands who work on their own sound and not copying each other. It seems like there’s a Fat Wreck mould for a bands who would like to join to their family. As I said, this is a fine 7” with couple of fine songs such as Split Song, Local Expert and Too Bad You Don’t Get it and the rest are just an average tracks who are filling up the space on the record.