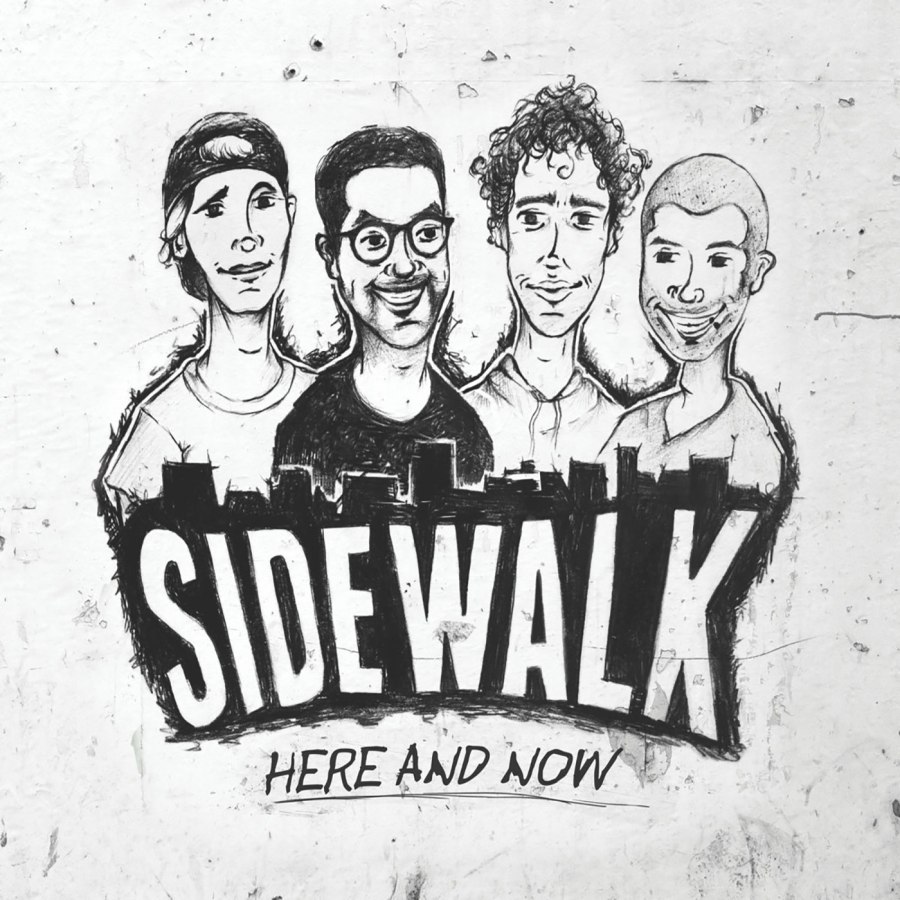 Sidewalk is a punk rock band whose affection for punk rock music reaches beyond contemporary trends considering that band nourishes the sound of 90’s skatepunk music. Established in Utrecht, the Netherlands in 2009, the band has recorded dozen of extended plays such as What To Do (2010), We Are Your Radio For The Night So Shut Up And Dance (2012), Back To Start (2014), a split recording with Topsy Turvy’s (2013), and a full-length called Full Throttle (2015). The band went through to several lineup changes throughout the years, but they eventually proceeded with rehearsing and performing, so in 2017, they’ve published their fourth EP named Here And Now. This material maintains four profoundly vigorously comfortable punk rock anthems that will spontaneously pull you up. Is This What We Need is a transcendent opening song that designates the direction of the entire EP. The composition commences with a wonderful punk rock riff that mimics 90s skatepunk music, and it’s conducted by the mid-tempo rhythm that directs to a much more faster and aggressive, but still pleasant part which showcases the capabilities of these creative musicians. Confessions is proceeding up next and it’s a song with numerous singalong segments that are mainly displayed at choruses. This tune is a magnificent continuation of a preceding composition, and it’s even more melodic and anthemic. Fuck Knowledge is the third number and it’s more pop-punk oriented composition with astonishing female backing vocals that elevate the overall listening experience. The song is empowered by a classic punk rock riffages, occasionally palm-muted until the chorus starts. The bass guitar is possibly the most authoritative instrument on this composition and its powerful basslines are providing some massive tones alongside the additional instruments. Teachers is the fourth number and this particular tune slightly indicates closure of this excellent EP. Like the preceding numbers, Teachers deliver a certain anthemic sound, the basslines are even more predominant unlike before, the guitars are elevating riffs all around and the drummer embraces the entire atmosphere with mid-tempos played entirely on a ride cymbal. It’s such a perfect closing piece that folds up this incredible EP and encapsulates the impressions about the entire material in one place. Sidewalk gave their best to reminiscent a great era when skate punk music intended to be performed from the bottom of the heart, far away from all the musical technicalities and bragging that we have today. Here And Now EP has been published on CD in cooperation between Morning Wood Records, ’59SRS Record and Boripunk records, so do not miss the chance to grab this one for yourself.