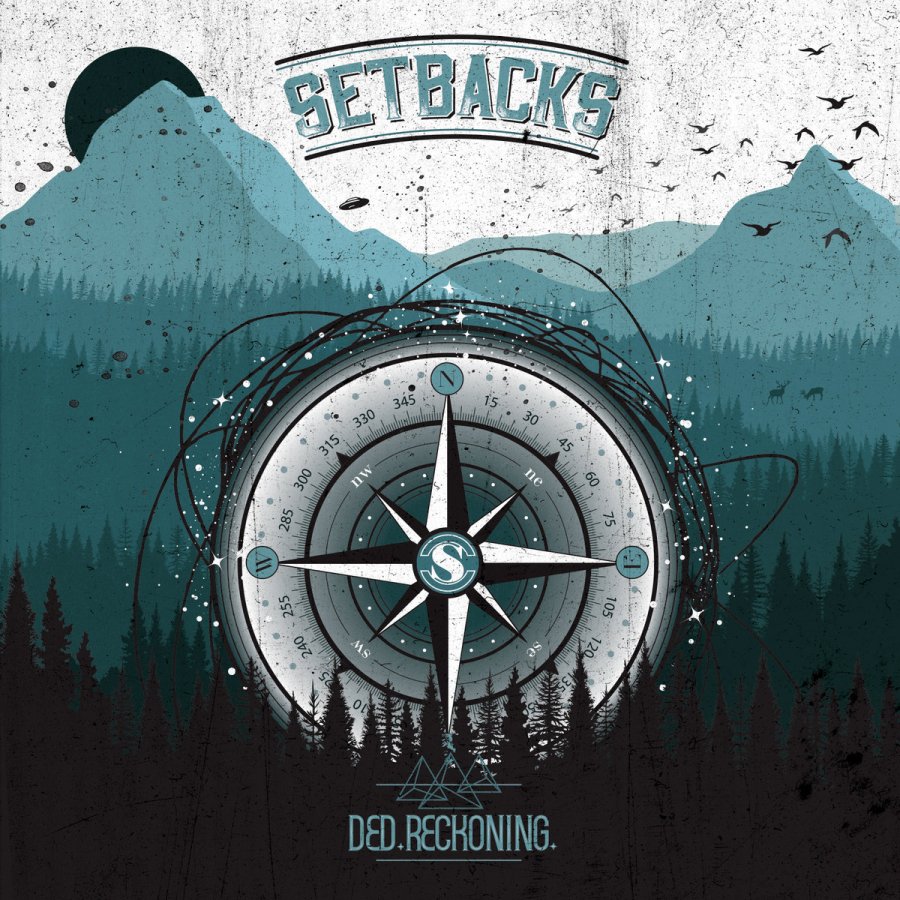 Setbacks were formed back in 2015. with a clear aim to record some technical melodic punk rock and so far they were more than successful with their project. What’s more interesting, Setbacks consists of five musicians located on three continents, but that’s not stopping them to showcase what they do the best. The band is currently comprised of Paul from Double Negative who as well as producing the album, sings backing vocals and plays every instrument! Andy from Double Negative as main guitarist/shredder, Juan from Double Negative (former member of Still Thinking, His Dying Wish and Lowprofile) on drums, Sean (former member of Still Thinking and His Dying Wish) credited pre-production composer and Aaron (former singer of Pridebowl / Bad Taste Records; with Juan and Sean being only bandmembers who actually met in person before. The rest of the members are communicating through various messengers and emails to share their ideas to the rest of a band. Setback are using various software to create audio files and send back and forth between them so each can add his own layer of instruments, and once is completed Paul engineers all the tunes, masters the material and that’s a whole recording process. Pretty neat right?! Despite the fact they’re located on various continents, Setbacks are pretty much active and so far they’ve published the New Frontier EP back in 2016. and Oceans Apart LP in 2017. DED.RECKONING. is their brand new full-length album comprised of fifteen technically precise punk rock songs full of amazing drumming, guitars oftenly played with great riffs and arpeggios, neat basslines and vocals are right up my alley. This material demonstrates how each band member contributes to the band and do his best to implement only good ideas in the recording process. Tracks are more than good, precisely unified to sound like a big slab of complex melodies and fast tempos, it’s almost impossible to hear these guys doesn’t practice together every day. It sounds like they’re sitting together in the same room and brainstorm all of their ideas together. Most of the band members are self-taught / self-disciplined musicians, but DED.RECKONING. is so far away from just a plain punk rock album. A lot of things is going on at each track that is almost hard to keep up with all the ideas they’ve implemented on the album, so the best tip is to repeat this material simultaneously for a couple of times, just to make sure you’re caught all the stuff they recorded. That way you’ll pay more attention to this incredible release and probably place it on a favorite spot in your record collection. DED.RECKONING is available as a CD/ LP at People Of Punk Rock Records and as an CD at Morning Wood Records, so make sure to grab this incredible release.