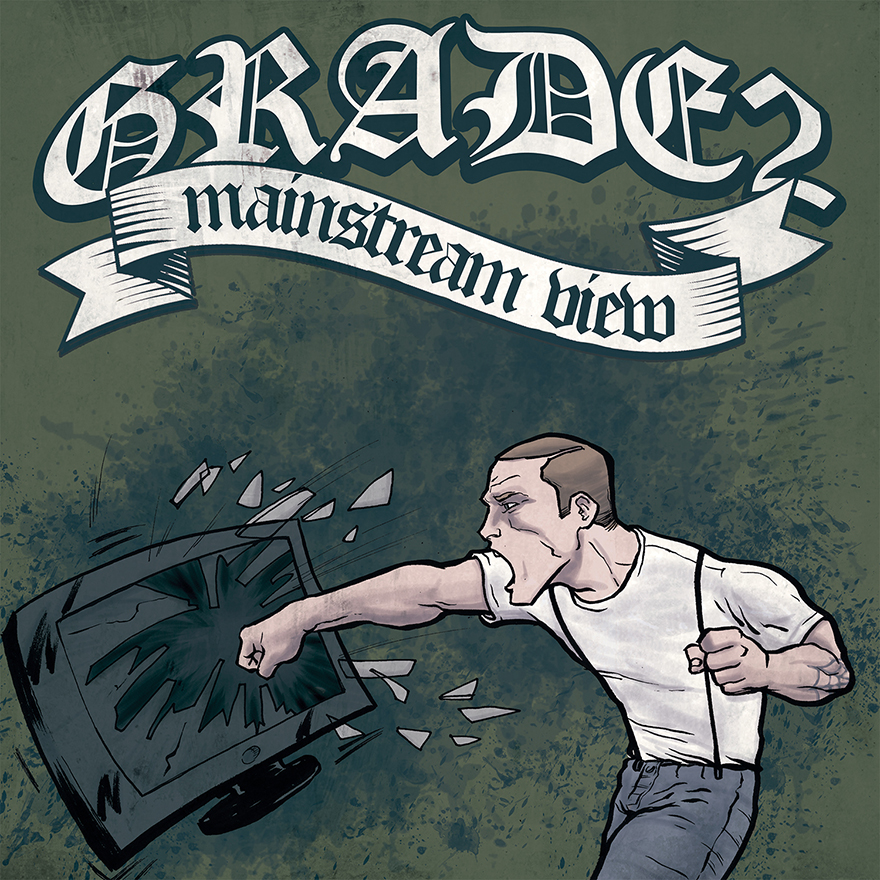 Here’s another great release by Pirate Press Records and this time it’s a reissue of a Mainstream View LP, a debut album by the Isle Of Wight finest Grade 2, powerful Oi! trio who also published their second album called Break The Routine on the same record label. Despite the fact this album was previously published only in Germany by Contra Records, band gained a lot of exposure and started to play bigger festivals in front of a larger crowds, so it was more than clear Grade 2 had something to say alongside with great music they delivered through this Oi! masterpiece. Their sense for great progressive melodies followed by classic guitar riffs common for a newer generation of Oi! bands are going perfect with more than great bass scales and astonishing drum works. Tracks like Speak Your Mind, Mainstream View, On Our Own, Forever, Nothing To Lose, Day After Day or Who Rules The Streets are just some of the tunes you’ll spin on your turntable for dozen of times and you’ll do it again and again until your turntable needle drop off. Mainstream View LP comes with rad artwork which illustrates a skinhead smashing a TV set. One more proof that Grade 2 as a band have a lot of things to say through intelligent lyrics and brilliant music, but for the first time their debut LP is available to a larger crowd and hopefully this attempt by Pirate Press Records will give them a lot more exposure, because this band deserves it more than anything. This fine piece of plastic is available through Pirate Press Records web store, so grab your own copy and enjoy in great Oi! tunes.